When is Christmas on Mars? 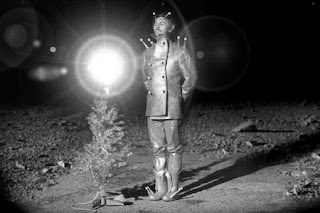 As we enter the age of space exploration, Mars is mankind's next home. (Some of our robots already live there.) It is an alien world, but there are many ways in which it is similar to Earth. One of those is the length of the Martian day. The length of the solar day (sol) on Earth is 24 hours 0 minutes 0 seconds. On Mars, it is only 2.73% longer: 24 hours 39 minutes 22.663 seconds.
Most methods of timekeeping proposed for the Red Planet involve just using hours, minutes and seconds slightly 2.73% longer than their Earth equivalents. That makes a lot of sense and keeps the 24-hour clock we're used to. Using metric time is another option: each 1/10 of a Martian sol would be equal to about 2 hours 28 minutes on Earth; each 1/100 sol would be just under 15 Earth minutes; and each 1/1000 sol would be equal to about 1.5 Earth seconds.

Regardless of what time system people propose for Martian days, they seem to universally assume we'll use Mars' revolution around the Sun as the basis of the Martian calendar. The Martian solar year is equal to about 687 Earth days or 668.6 Martian sols. This makes sense on one hand, since Mars does experience seasons and this system will ensure that those seasons always fall at approximately the same time of year.

However, using the Martian solar year as a basis completely ignores the cultural importance of the 365-day calendar we use here on Earth. Assuming our Martian colonists want to maintain cultural ties with Earth, they will want to celebrate Christmas and other holidays at approximately the same time intervals that Earthlings do.

Here is how we get around that: we use the earth calendar, and chop off a day at the end of most months. This will make the date on Mars almost always the same (give or take a day) as on Earth. Holidays that would fall on the missing days are moved to the day prior. (For example, New Year's Eve would be celebrated on December 30 on Mars, since there would be no December 31.)

Under this system, all of the 31-day months (January, March, May, July, August, October and December) would lose one day and become 30-day months. June and November would remain at 30 days, but April and September would each lose one day, going from 30 to 29.

Earth Leap Years would not be celebrated, so February would be 28 days every year, never 29. However, April would gain back its 30th day as a "Leap Day" on even-numbered years not divisible by 30. (This would next happen on 2040, then 2070,  2100, 2130, and so on.) That should pretty much sync the calendars, although every few hundred years, the Martians may want to add an extra Leap Day (in one of the years divisible by 30) in order to stay aligned with Earth's calendar.

Here is how many days each month would have: 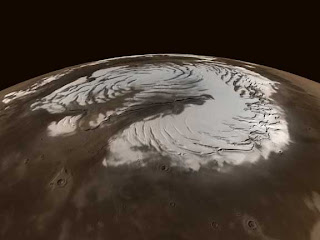 This yields a year of 355 Martian sols (356 on Leap Years), which is equivalent to one year on Earth. The seasons will rotate through the year. For example, it's spring in the northern Martian hemisphere right now as Mars just had a Vernal Equinox on September 13, 2011. The next spring will start about a month and a half earlier on July 31, 2011. However, season migration already happens with many lunar-based Earth calendars and those cultures seem to handle it just fine. I think it's more important that the kids of Mars won't have to wait almost twice as long as Earthling kids for visits from Santa and the Easter Bunny.

So there you have it: Christmas on Mars is still on December 25, which overlaps with December 25 on Earth. Martians have a functional calendar for Mars that gives them the opportunity to carry forward their Earth heritage and celebrate whatever holidays they wish with their loved ones back home.

Yes, even Alien Robot Zombie Day!
Posted by Rico Detroit at 6:00 AM