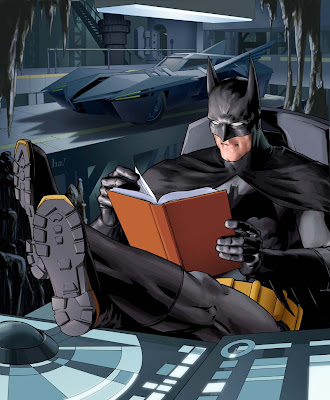 Batman is everybody's favorite superhero. Why? Because he doesn't have any superpowers; he's just an ordinary man, driven to fight for justice. Any one of us could be Batman if our circumstances had been just a little different. Or at least that's what we want to believe. But here are five things you didn't realize about Bruce Wayne's life.

We all know that Batman is an obsessive compulsive workaholic who gets very little sleep and is always "on." After all, being Batman is a full time job and there's also a Fortune 500 company to run and a billionaire playboy image to maintain. We can assume he's very efficient at all of that and spends maybe 20 hours a week shaking hands, another 10 wining and dining, and he still has plenty of time to bring crime to its knees. But what does that entail?

Well, fort Bruce Wayne, it starts with a daily exercise routine, then systems checks, research and meticulous planning. At least 70% of being Batman is engineering and detective work - tinkering around in his Bat-Garage with his Bat-Tools and pouring over his Bat-Case Files. And thank goodness, because if Batman were fighting bad guys 24/7 like Superman, he'd be dead in a week. All of that OCD planning and avoiding stress keeps him alive!

2. He takes a long time getting ready.

A lot of superheroes are quick-change artists. I'm pretty sure Superman's uniform really is as easy to get into as pulling on a unitard. Tony Stark builds his Iron Man suits to mechanically secure themselves to him a quickly as possible. But Batman doesn't have this luxury.

Contrary to popular belief, Batman doesn't just slide down a pole and have his costume magically appear. His outfit is complex, and every piece has hidden functions and compartments that must be filled, double-checked and secured. (Again, this man does not have super powers - it is his super-OCD that ensures he will be able to meet every challenge.) His utility belt alone comes with over 100 discrete items and multiple, redundant clasping systems to fasten it tight to his person.

Keep in mind that Batman is also dressing in layers. Like a football player, he's wearing protective gear underneath his uniform. (Except his is made of next-generation Kevlar.) He's also wearing special gloves, a cowl and cape, and the most technically advanced boots you can possibly imagine.

Actually, I take that back: you cannot possibly image how advanced these boots are. They would make your puny brain explode from their sheer awesomeness. But they're a bitch to lace.

OK, so I'm not talking about recreational drugs here. He definitely fights to keep illicit narcotics off the street. He doesn't smoke and he barely even drinks - all of those glasses of champagne he's always holding as Bruce Wayne are really just ginger ale. But we're talking about a guy who takes punches and gunshots and freeze rays and falls off of buildings and gets bitten by mutant sharks for a living. Think about how much pain you're in when you go to the dentist and she pokes at your gums for ten minutes. Batman is in excruciating pain all the time. So you can bet there is a fair amount of pain medicine involved, and that he is an expert in self-administration: figuring out how to straddle the line and take enough to function without taking so much that he's impaired.

Also, the one thing we know about Batman is that he doesn't believe in a fair fight. He outguns his opponents by an order of magnitude at every opportunity, and he uses his vast fortune to over-compensate for his lack of superpowers. (He may not have X-ray vision, but I guarantee you he has X-ray goggles somewhere in his arsenal, as well as six ways to disable Superman's X-ray vision in a fight.) If there is an advantage to be had, he will find it and exploit it. Why would he not take advantage of the miracles of modern medicine? Especially when he owns a medical research company!

Again, I'm not talking about getting high, I'm talking about performance enhancing techniques. The kinds of things that make us label Barry Bonds and Lance Armstrong cheaters. Only there's no commissioner of the Justice League, and no one's keeping score. But if anything, Bruce is under even more pressure to perform, day in and day out. After all, if he's injured, he's only got Robin and Alfred sitting on the bench. So he uses banned substances like human growth hormone (HGH) and forbidden techniques like blood doping (removing your own blood and adding it back later for a boost), not just to give himself an extra edge, but also to make himself heal faster. After all, he's been around a few years and he's not getting any younger!

What else do you call an insanely rich control freak who thinks the rules apply to everyone but him, is married to his work, can't hold down a steady relationship, and whose only real "friend" is his butler? Some people think Batman is "acting" when he is not in his cape and cowl, that Bruce Wayne's playboy personality is somehow a put-on to make people think he couldn't possibly be Batman. But there are lots of other ways he could have gone about it.

The truth is, he's rich, handsome and powerful, and like any human being in his position, he enjoys the life that goes along with that. He is a playboy. His Bruce Wayne persona isn't just an act, it's the other side to who he is. Just as he needs to be Batman at times, he has other needs, social needs, for which he needs to escape the shadows and become a "normal" person for a while. But he's basically the same person: he's still a control freak, still a megalomaniac, still driven beyond belief.

So, yes, he keeps a social schedule like a head of state and a little black book like a rock star on tour. And he comes across as fake and distant, just like a lot of rich people do, so he fits right in. Ultimately, he is a force for good, don't get me wrong, but that doesn't mean he's likeable. If you ever sat down and talked with him for a few minutes, unless you were a person of some importance to whom he was giving his full attention, you would probably find him to be impatient, arrogant and rude. That's not an act; ask the other superheroes and they'll tell you the same. It rolls right off Superman's back, because he's so upbeat and good natured that he can see right through to the goodness at Bruce's core, but a lot of the others just can't stand him.

Superheroes break the law all the time, we all know that, but mostly the laws they break are procedural: they don't get warrants, they don't read criminals their rights, in fact they don't have the proper authority or jurisdiction to do half the things they do. But we look the other way, because they stop dangerous criminals from doing even worse things. But Batman's relationship with the law is on a whole different level than other superheroes.

Batman understands the law, and the people who break it, better than anyone else in a costume, and he uses that knowledge to exploit the system to his advantage in every way possible. As he dismantled the crime families in "Gotham City," he built up his own network of loyal cops, contacts and cronies, and he now runs a kind of "Bat Mafia" of his own. the only difference is that his organization isn't involved in what we'd traditionally think of as organized crime. It does things Batman doesn't want to get noticed, like importing supplies for his assault on crime, but it does no harm. Just like the head of a real crime families, though, Mr. Wayne's alibi's are so air-tight that nothing can be traced back to him.

In addition, part of Batman's backstory is that he went to Yale Law School. I can only assume that means he is Skull-and-Bones and very well connected. He has personal relationships with Secretary of State John Kerry and both former Presidents Bush. Every judge in Gotham either owes his or her life to Batman or his or her career to Bruce Wayne. He is virtually untouchable.

So being a "real person" superhero isn't as easy as being fabulously rich and unwavering of purpose. You also have to be completely OCD (bordering on "crippling psychological problem" OCD) and willing to slide so far into the "gray area" ethically that it would probably be easier to just come at it from the other side. Knowing all that, is Batman still your favorite superhero? 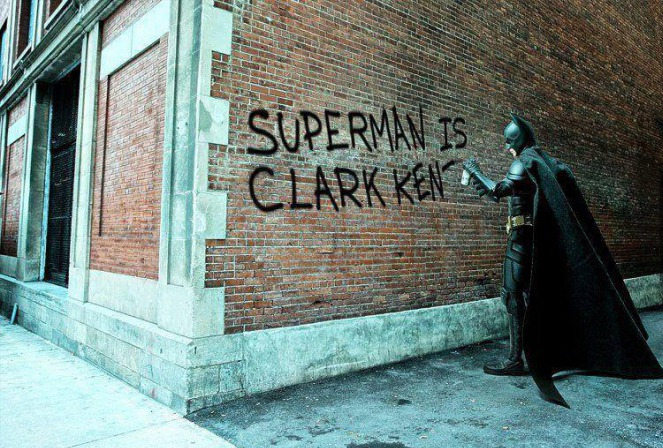