Secret History of the Universe 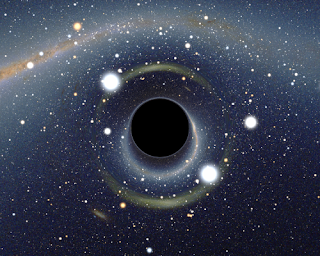 According to the latest physics theories, our universe has been expanding at an ever increasing rate ever since the Big Bang, and that rate will continue to increase. The stars aren’t just moving away from each other, new “space” is actually being created in between the existing space. We may be receiving light today from a galaxy that was 10 billion light years away from us 10 billion years ago, but today, thanks to expansion, that galaxy is more like 30 billion light years away. And it’s moving away ever faster. In fact, the rate of expansion isn’t even bound by the law that nothing can move faster than the speed of light, so 10 billion years from now it will be so far away, we won’t ever receive light from it again.


And 10 billion years is a drop in the bucket in cosmological terms. Scientists think that eventually, the universe will have existed so mind-bogglingly long and be expanding at so mind-bogglingly fast a rate that it will rip itself apart. Keep in mind that at this point nothing will exist but black holes and they will be so far spread apart that any stray photons they would happen to emit would never reach each other. But the cool thing is this: you know what happens when you rip a nearly infinite number of black holes spread nearly infinitely far apart? You get an infinite number of Big Bangs, creating an infinite number of new universes that will start the process all over again. 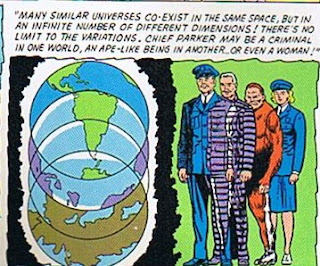 Think about that for a moment. This could have been going on forever already. We’re like that room full of monkeys and typewriters. It’s not that anything could happen. It’s that anything will happen. Everything will happen. Every possible combination. Anything you can think of. It has happened, or will happen, or is happening somewhere right now. Somewhere in the cluster of infinite space-time universes, another me is typing this sentence and the only difference in his entire universe is that the word “buffalo” is spelled with a silent “k” in the beginning for absolutely no good reason.

Even better, though, in another part of the infinite cosmos, Batman is real, and he is kicking crime’s ass. Because if all of what I’ve written above is true, there has to be a God. There is no way that every possible thing can be true and God cannot be true. And if God is true, then – get ready for it – somewhere out there is the perfect universe, the one true universe that all other universes are just pale imitations of. It is a universe like our own, but turned up to 11, where all of the coolest things imaginable are all mashed together and coexist side by side in the real world.

Here, then, is that thought experiment. Call it a leap of faith: this is the world that I believe in—the world that I live in. In short, this timeline won’t necessarily reflect what you’re used to in your history books, your literature, your films, your television shows or your comic books. This is what really happened.

A Note about Canon 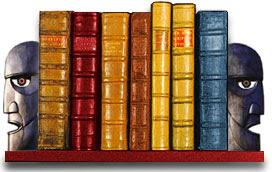 Weaving the great tangle of alternate histories into a coherent ultimate timeline is both an art and a science, and it is a gift that I believe God has blessed me with. (Although if you check the Internet, you will see that I am not alone. I will try to give credit wherever I can when I steal other people’s ideas.*) I have been compiling this chronicle for many years, and I have learned a few things along the way, some ultimate truths to guide me in my task:
* However, note that the timeline I have created ignores one of the most common “shared universe” concepts: the Wold Newton family. I believe the Wold Newton concept is flawed for three reasons: 1) it relies on a meteorite to explain phenomena that already have explanations; 2) it forces relationships where none need exist; and 3) it is far too limited in overall scope for my tastes, focusing more on certain time periods and characters than others. 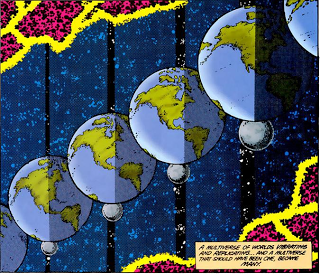