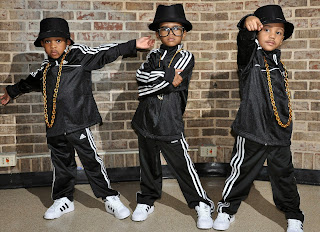 There is no effective euphemism for "half-assed."

Just saw a handbill for a band named "Scared to Death," and I read it as "Sacred to Death." That would have been a better band name.

Who cleans Darth Vader's durable medical supplies? Or does he use The Force?

Freeway is closed for miles. I, of course, immediately suspect kaiju.

I really need to stop (verb ending in -ing) for a while, so I can feel (adjective) and get some (expletive) (noun).

Future generations will edit out all of the awkward rap interludes in our songs.

I think all extremists should be shot, but I'm on the fence about what to do about moderates.

What do Clark Kent's farts smell like? Don't they give him away somehow?

It is a crime against the universe that Run-DMC never made a children's album.

Theory: dark energy is related to the nature of time itself, and dark matter is the "echo" of matter from the past. Discuss.

Red R(obin—Y)um! I'm not saying there's a hidden message there, but...

I want a new kind of video game that works just like a choose-your-own-adventure-novel on 'roids. We have the technology. Make it happen!

I can't find Parmesan cheese at the grocery store; how does Batman find every clue at every crime scene every time?

How do people go on dates now that they have smart phones?

I'm just barely holdin' on now / I got the tiger by the teeth / feel cold and sliced, laid out on a platter / like a pack of deli meats

Everything just grew by 50%. My body, my car, the road, the whole world. The perspective is the same, but It's just... huge.

Wife: "These potato chips are greasy." Me: "They're wet with flavor."

I don't want to be a dick. Unless it's a private dick.

How is it that Reese's hasn't yet made a monkey-shaped peanut butter cup?

When I was a kid, adults said I could do anything I put my mind to, but damn if I still haven't figured out a way to fly like Superman.

On the information superhighway, everyone has road rage and there are no traffic cops.

We already live in a post-apocalyptic world.

My goal when I drink is to get drunk enough to not care that I'm old and fat and bald and going to die in a few years. [Note: this is probably the funniest thing I’ve ever drunk tweeted.]

There's a Disney film playing on the Lifetime channel right now. I can't help but feel that my wife and toddler are ganging up on me.

Just watched my 1st Magic Schoolbus. Found it highly implausible. And very likely those kids would be dead by the end of the episode.

One of these days, I'm going to eat asparagus and drink coffee at the same time.

In an ideal world, based on importance to society, the starting pay for a teacher would be double the going rate for a U.S. Senator.

I have an analog selfie hanging above the sink in my bathroom. Er, I mean a mirror.

It's strange that we get to take credit/blame for the things our younger selves did, when we are clearly not those people.

My favorite part of each episode of Mickey Mouse Clubhouse is when he prays for "Toodles" from his black magic machine god, "Mouskedoer."

If I was naming my band right now, I would name it "Burglemeyer and the Perverts."


Social media has given us all a pulpit, but not all of us have been called to preach.

Each day you're a different person. The days before were your ancestors; the days to come are your heirs. Today is your life; live it well.

Bonus: a lot of people asked me about the following stream-of-consciousness tweets during the year, so here’s the official explanation. The first word in each of them was one that popped into my head and I felt like tweeting it. And I have a little exercise that I do sometimes to test my mental flexibility: I say as many words or short phrases as I can in a row, out loud, that have absolutely nothing to do with each other. (Try it and you’ll see: it’s pretty difficult to do without pausing or falling into some kind of thematic pattern.) So I captured that exercise in these tweets – up to 140 characters.

Why have you never seen a superhero? 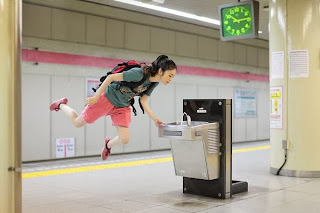 When people imagine what the Asteroid Belt is like, they imagine the scene from The Empire Strikes Back, where the Millennium Falcon is dodging a densely-packed array of space rocks. In reality, though, the Main Asteroid Belt in our Solar System holds only about 4% of the mass of the Moon, spread out over an orbit 1.5 billion miles long and over 100 million miles wide just at its core. When we send a spacecraft through it, our chances of even seeing an asteroid, let alone hitting anything, are statistically zero.

It's important to keep this perspective in mind when thinking about other rare, statistically improbable occurrences. A great example is shark attacks. On an average year, sharks kill five people worldwide. That is a ridiculously low number when you consider that there are an estimated 7,125,000,000 people living on the planet today. Even lightning strikes, another very rare form of death, still manage to kill 24,000 people annually. And yet, because the media reports each shark death, we sometimes think sharks are running amok. The reality is, your chance of being struck by either a shark or lightning in your lifetime is statistically next to zero.

Now what  if the media didn't hype an ultra-rare phenomenon? Or what if the phenomenon was purposefully discredited by the mainstream media, either due to its own inherent bias or due to government tampering, leaving only "fringe" elements to cover "the truth"? Examples abound: Bigfoot, ESP, UFOs, conspiracy theories. 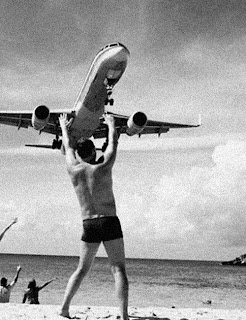 Well, let me add one more. It has come to my attention that there are approximately 500 "people" alive on this planet today who are endowed with extraordinary powers that cannot be explained by conventional science. Some may be the next phase of human evolution, some may be aliens in disguise, some may be using technology so advanced that it is incomprehensible to us. In any case, they are not "normal."

If you add to that the number of truly elite, non-superpowered humans - we're talking James Bond / Bruce Wayne / ninja-level awesomeness here - then the number of extraordinary individuals on the planet might be 1,000. That is 0.000014% of the total population of Earth. To put it in a different perspective, it is about half the number of people walking this Earth with a Super Bowl ring. Given that small of a group, what is your chance of accidentally bumping into one of them on the subway? And what is your chance of realizing it even if you do?

Contrary to popular belief, superheroes and aliens are not walking around our planet in broad daylight in day-glow outfits waiting for the FBI to come lock them up at Guantanamo. But they are out there. Suspiciously reclusive, orphaned billionaire with one too many defense contacts? Hyperactive multiple-doctorate scientist working as a freelance photographer? Gluten and corn-intolerant goofball blogger obsessed with aliens, robots and zombies?

Then again, maybe you've already met a superhero and you don't even know it... 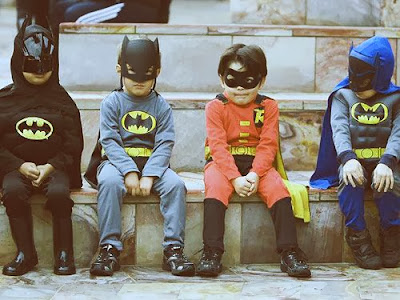