Where is Gotham City? 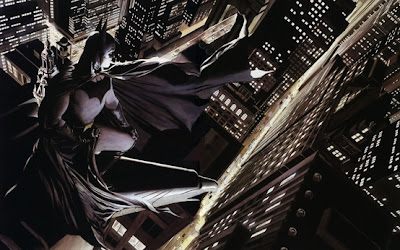 The location of Gotham city in the Batman mythology has moved around quite a bit over the years. These days, it is common to place it in southern New Jersey, just south of Atlantic City. As far as I'm concerned, though, it needs to be tied to a real-life, major U.S. city. Just as all Marvel superheroes live in New York, so too should all DC superheroes have a place in the real world to call home. I'm not happy letting them live in Neverland—in my mind, all adventure stories need to be integrated into one, real-world-based narrative.

I'll deal with Superman's Metropolis in a future post. Today, it is time to unveil the true location of Gotham:

Don't believe me? Let me explain.

First of all, Boston fits the profile. It's one of the most prominent U.S. cities and most populous metropolitan areas. It has a densely packed downtown, loaded with skyscrapers and other interesting buildings. It also has a rich and storied history, including organized crime, city corruption, convoluted politics, and plenty of old money living beside impoverished neighborhoods. Best of all, this big city has no other major superheroes claiming it.

Boston has the second-most amount of Gothic architecture in the U.S. New York is first, but we know Batman doesn't live there, because that's where Spider-Man and all the other Marvel heroes live. (This also explains why Batman doesn't cross paths with Marvel heroes much—he's a Red Sox fan!) 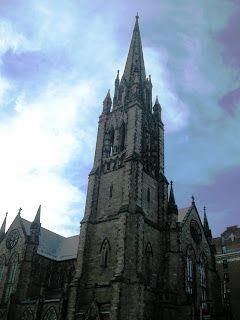 The Boston area is no stranger to bats: it is home to an estimated one million of them, mostly small brown bats and large brown bats. They originally lived in caves and rock formations, but with very little natural habitat left for them, most bats in Boston now live in the attics of Boston's old, Victorian era homes. It wouldn't be too much of a stretch to believe one of those homes is a large manor built atop a still-active cavern. 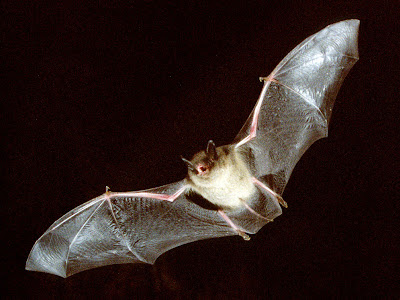 No city matches up completely with the map of Gotham developed over the years (especially since that map keeps changing), but Boston comes pretty close. Take a look at maps of both cities below: the basic layout of their downtown areas is very similar, with the main difference being that Gotham is surrounded by water on all sides, where Boston is a peninsula, connected at the southwest. It wouldn't take much to rearrange Gotham into Boston. (Note: the maps below are not to scale.) 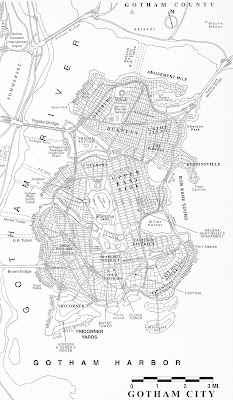 Another factor in Boston's favor is convenience. When the Justice League of America was founded in 1960, it was based in Happy Harbor, Rhode Island. (An obvious stand-in for Newport.) This is important, because the closest major city to Rhode Island is Boston. As the only founding member without super speed or flight powers, it would make sense that the team's headquarters would be located close to Batman's hometown. 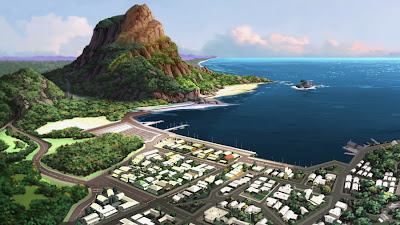 Finally, one of the most important landmarks in DC Comics is Arkham Asylum, which lies on the outskirts of Gotham. This home for the criminally insane is inspired by and named after the sanatorium in the fictional city of Arkham, Massachusetts found in "The Colour Out of Space" and many other horror and science fiction stories by H.P. Lovecraft. In Lovecraft's writings, Arkham is modelled after Salem, Massachusetts, which lies on the outskirts of Boston, and the sanatorium is modelled after the real-life Danvers State Hospital in nearby Danvers, Massachusetts. Between Lovecraft's stories, the infamous Salem Witch Trials, and the ghosts of the Revolutionary War, the area certainly has a history of the supernatural—all of which lends itself to dark tone of the Batman mythos. 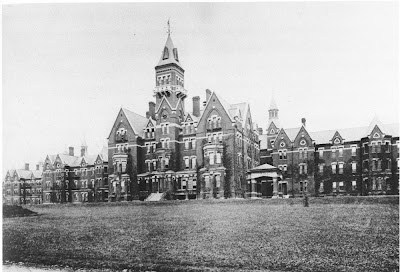 ﻿So that's my take on the real Gotham City. What about you? If you had to pick a major U.S. city—other than New York—as a stand-in for Gotham, what would it be? Leave your thoughts in the comments below.
Posted by Rico Detroit at 6:00 AM 6 comments: 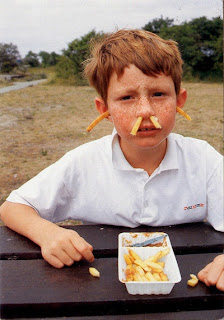 Here are a few things I've learned. This is not an opinion, and it is not a judgment. It is an observation. It is a summary of what I have found to be the way people work. It's the system that is preprogrammed into us, and while that system may occasionally spit out something unexpected, 99% of the time it is pretty predictable. So keep the following in mind...