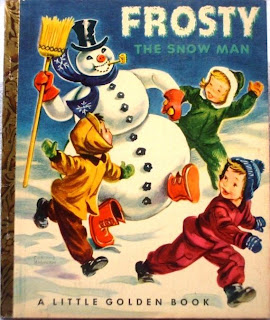 Flags were lowered to half-staff at the North Pole today as Global Warming claimed its latest victim. Frosty the Snowman

died at home yesterday surrounded by loved ones and elves, after a long battle with melting. He was 59.


Frosty had a very successful career

in Hollywood from the moment he had been brought to life in 1950, purportedly by a magic hat. He had suffered from melting several times throughout his life, but had always been able to convalesce at the North Pole, where he maintained permanent residence.

Frosty had last been seen publicly in the 1992 CBS special Frosty Returns, where his appearance and voice had already been noticeably changed by his illness. Like his earlier work, Frosty Returns did not hide Frosty's sometimes edgy political agenda, as it argued against behaviors that cause climate change. Indeed, even though Frosty kept a low public profile in his later years, he still remained a strong voice for environmental responsibility. In fact, Al Gore says that it was Frosty who came up with the term "An Inconvenient Truth," which Gore used for his award-winning documentary

. "There is literally no one for whom it is more inconvenient than Frosty," said Gore in 2007.


A spokesman from Santa Corp. read the following statement: "Today Mr. and Mrs. Claus grieve with children throughout the world over the loss of this beloved hero and symbol of Christmas magic. Frosty was our family, and he will be missed."

Doctors related on condition of anonymity that Frosty had grown so small and featureless towards the end as to be almost unrecognizable. "Still, he retained his sense of humor," one said. "There was always a twinkle in those lumps of coal."

Frosty had been married and widowed 15 times. His closest living relative issued the following statement from his home in Mankato, Minnesota: "My great great great great great great great great grandad wouldn't want anyone to cry for him. Most snowman only live for a few weeks or months, but Frosty was able to spend decades doing what he loved and making children smile. He considered himself very fortunate."
Posted by Rico Detroit at 6:00 AM No comments: