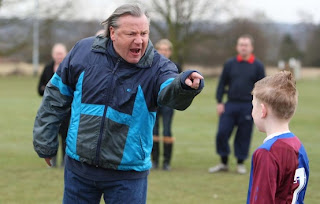 A few days ago, I witnessed an ugly incident at the ice arena where my son plays hockey. Now youth sports centers are no stranger to such incidents: while most people practice common sense, there are enough lunatics out there that "bad sports parent" behavior has become an accepted part of the cultural landscape. I see parents bullying and berating their children all the time, not to mention referees, coaches and other parents. And I see children exposed to this assholishness developing bullying behavior of their own in the locker room. As a guy who never really participated in organized sports, I look at this and see how such a system left unchecked could easily degenerate into madness, and I am not surprised that all too often we see just that in the sports headlines.

Fortunately, I do see more sanity than douchebaggery - like my son's coaches who really do work on fundamentals and teamwork and exhibit a far greater degree of patience than seems humanly possible when dealing with the chaotic mass of ten year olds they call a team. But the nut cases are out there, and they never fail to amaze me. I can't understand how a grown man can scream at a seven year old boy for not being coordinated enough to stop on a dime on ice skates while precisely directing a puck to the exact corner of the net that "he should have known" the goalie would leave open. At that age, you should just be happy he's getting exercise and having fun. Have some perspective!

But what made the incident a few days ago extra baffling to me was that it didn't even involve a sport the kid was playing. In the lobby of the ice arena, a college football game was playing on television, and the son and his father were watching. After one play, the son joyously called out what he thought was a first down. His father, annoyed that his team had just turned the ball over, proceeded to yell at the boy for not knowing what had actually just happened. I don't remember the exact wording, but the gist of it was: "Are you blind? How can you be so stupid as to not know that?"

OK, some people are just assholes. That means some people are going to have assholes for parents. (And let's be honest, it's probably a pretty hefty percentage.) So that's nothing new, and it's just something we as a society have to deal with. But I want to talk a little more about this obsession with sports, because I think we sometimes give sports fan assholes a little bit more of a free pass than everyone else, and that annoys me.

First of all, I want to say that I am a sports fan. Not the world's biggest sports fan, mind you; I'm not obsessed, but I enjoy watching now and again. (Yes, douchebaggy sports dude who looked at me with disdain for wearing my Green Lantern t-shirt on the day of the big Michigan vs. Michigan State football game: it is possible to be a sports fan and not feel the need to broadcast it every single second of every single day.) And I really enjoy playing sports (especially basketball), even if I don't do it as much these days as I used to. So I am in no way anti-sports. But...

Spectator sports are just entertainment. That's all they are. They're not world politics, they're not religion, they're not family, they're not even a way for most of us to make a living. They're on the same level as playing video games, reading comic books or romance novels, crocheting, playing banjo, listening to rap music, watching American Idol, or geeking out over Star Wars. It's possible to be exactly as invested in all of those things as it is to be in spectator sports. And those things have exactly as much potential to do good in the real-world as spectator sports do (i.e., not much directly in and of themselves).

So the next time you see a sports parent out of control, imagine them yelling, "No, no, no! Luke Skywalker's lightsaber was blue until Return of the Jedi, you scruffy nerf herder!" Or, "How many times do I have to show you how to do a bullion stitch before you get it right, you fat-fingered fool?!" That should put it in even sharper perspective. And if this asshole is someone you love, please intervene. They don't have a "really competitive streak." They're just a dick.

I'm all for entertainment, but let's keep it in perspective and call it what it is, OK? Spectator sports are a way for us to pass the time. They are make believe. If you think of them as anything more than that, you have lost your grip on reality. There are more important things in life to worry about, so let's enjoy the time we have together, and spend our play time wisely. 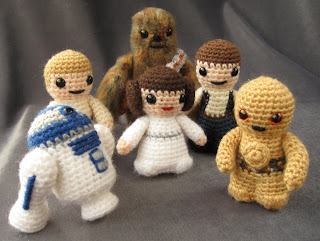 P.S. - While we're on the subject, I do not find politics entertaining. Please find another audience to pester with your stupid birth certificate conspiracies. (Ditto religion as entertainment.)
Posted by Rico Detroit at 6:00 AM No comments: