The bowl is half empty - part 6 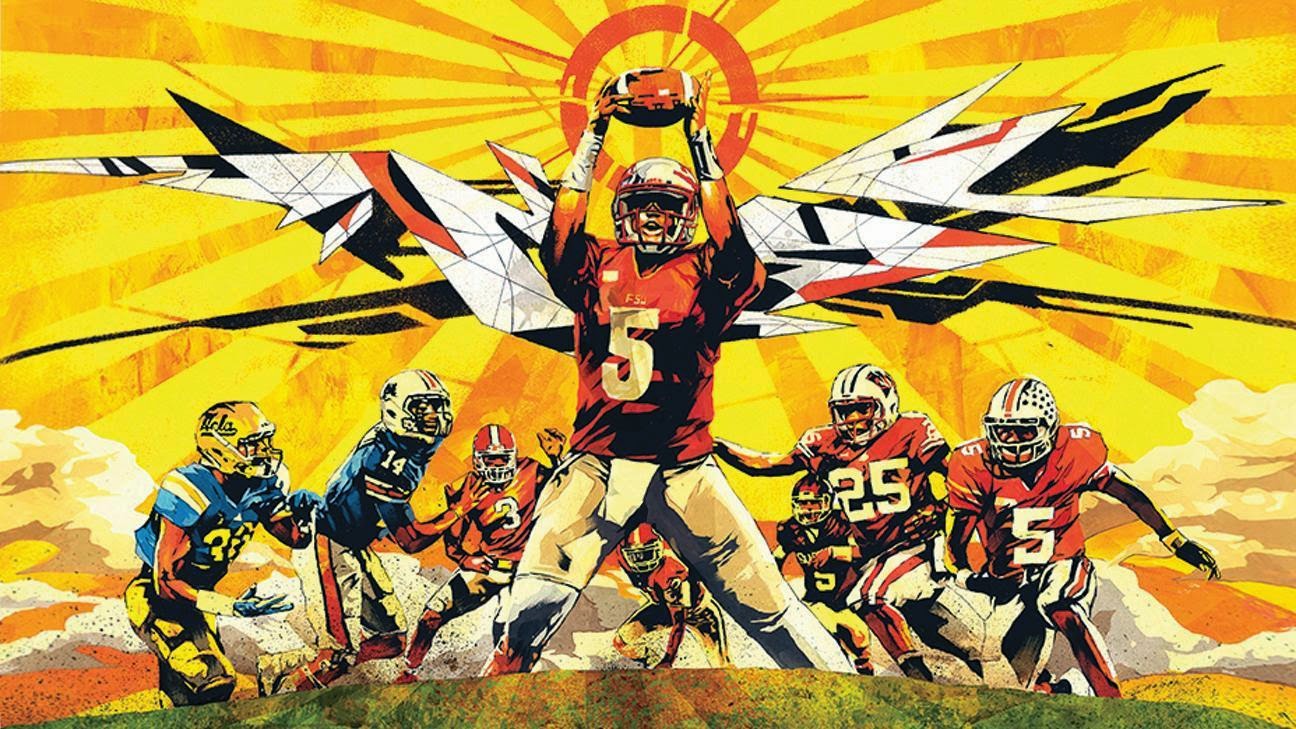 Congratulations to the Ohio State Buckeyes, winner of last night's National Championship game and holder of this year's NCAA football crown. For the first time in history, an actual playoff determined the champion. (Thanks, Obama!)

Still, only four teams were involved and that's not enough. After all, if the 4th-seeded team did this well, imagine what the 8th, 12th or 16th-seeded team could have done!

So, as I have done for the past four years, I'd like to imagine a world in which we had been treated to a month of playoff-level excitement. A world where we had gotten to see 16 of the season's top-ranked college football teams battle for the ultimate, indisputable title.

Here is what it might have looked like. I have bracketed and seeded the teams according to their final regular-season rankings. I also used the rule of no more than one team per conference in any given bracket.

1st seed Alabama (12-1, SEC) vs. 4th seed Arizona State (9-3, Pac-12) -- winner: Alabama. Although Alabama lost its bowl and Arizona State won, you have to factor in the level of the competition. 'Bama played good enough to win this game.

2nd seed Michigan State (10-2, Big Ten) vs. 3rd seed Georgia Tech (10-3, ACC) -- winner: Michigan State. Here again, we have two teams that had excellent bowl game efforts, but I have to believe the victory would go to the Spartans, who showed real heart on New Year's Day.

Peach Bowl: Michigan State over Alabama. New Year's Day went to the Big Ten this year, and so does this game.

BONUS: The "N.I.T." of College Football

As I did the past two years, I have also set up a second-tier 16-team tournament. I've included all of the conferences champions without a spot in the main tournament (American Athletic, C-USA, MAC, Mountain West and Sun Belt), as well as the next-best available teams according to the polls.

Boise State over Wisconsin
Posted by Rico Detroit at 6:00 AM