Most anticipated splody movies of 2015 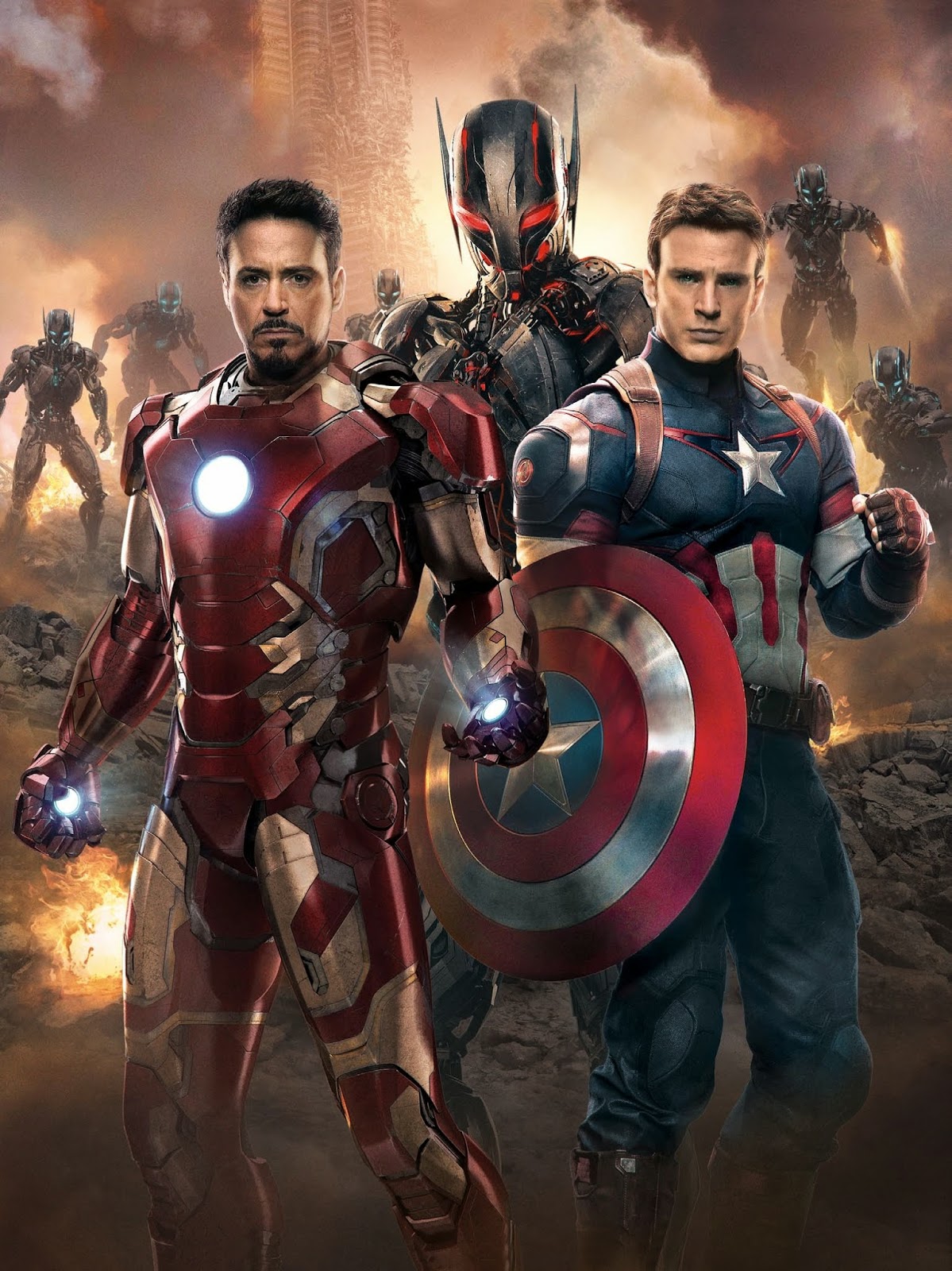 At the beginning of each year, I check to see what movies are coming out and try to informally rank which ones I think will be worth seeing. My formula for success is equal parts good character development and explosions. Here is what I think about the movies scheduled for 2015:

1. Star Wars: The Force Awakens
When: December 18. Why I’m looking forward to it: Because like just about everyone my age, the first time I saw the original Star Wars was the defining moment of my childhood. The original films still stand as the best trilogy ever made, and while George Lucas tried to kill the franchise with the prequels, all signs point to a glorious return to form with this seventh film.

2. Avengers: Age of Ultron
When: May 1. Why I’m looking forward to it: Because the first Avengers film was the most fun I have had at a movie theater since the original Star Wars trilogy. (See above.) Marvel Studios is firing on all cylinders right now, and I am all in. It was really hard to pick between this and Star Wars for my number one most anticipated splody film of 2015.

Note: at this point there is a huuuge drop-off in my level of anticipation...

3. Ant-Man
When: July 17. Why I’m looking forward to it: This film had some trouble at the beginning, as it was stuck in development hell, and then the original director Edgar Wright walked out over a disagreement with changes made to the script. Also, Ant-Man is not the most well-known or film-friendly superhero. But, you know what? I don't care. As I said before, I am all in for anything Marvel Studios does. This film has a great cast (Paul Rudd, Michael Douglas, Corey Stoll, Evangeline Lilly), and the more I see of it, the more intrigued I get.


4. Mad Max: Fury Road
When: May 15. Why I’m looking forward to it: I loved the low-budget original Mad Max. I loved the second film, The Road Warrior, even more – it's one of the best action movies ever made. And the third movie – well, two out of three ain't bad. Tom Hardy is a phenomenal choice to replace Mel Gibson as the lead in the series, and first trailer looks magical. I think they might just pull this off, and if they do – wow.

5. Spectre
When: November 6. Why I’m looking forward to it: Despite initial fan backlash, Daniel Craig has proven to be the best James Bond since Sean Connery. His last outing, 2012's Skyfall, was arguably the most cinematically gorgeous Bond film ever, thanks to director Sam Mendes, who returns with this year's Spectre. Most excitingly, the title of this film is a reference to the on-screen return of the secret criminal organization of the same name, which hasn't been seen officially since 1971's Diamonds Are Forever due to legal issues. After a copyright settlement in 2013, filmmakers are now free to use the evil organization again, and rumor has it that Bond's most iconic villain, SPECTRE boss Ernst Stavro Blofeld, will appear as well, played by Christopher Waltz. That would be wicked.

6. Kingsman: The Secret Service
When: February 13. Why I’m looking forward to it: Early reviews from film festivals at the end of 2013 said that this comic book adaptation was like a cross between James Bond and Kick-Ass. If director Matthew Vaughn's previous films (including X-Men: First Class, Kick-Ass and Layer Cake) are anything to go by, this will be a fun ride.

7. Jurassic World
When: June 12. Why I’m looking forward to it: The first Jurassic Park is a classic, the second was mindless fun, and it's a shame that the sub-par third installment cut short a franchise that seemed to still have so much potential. When this fourth film was first announced, I was initially dubious, but I have warmed to it. The casting of the ever-charming Chris Pratt as the lead was a great move, and the first trailer was very reassuring. If the filmmakers can recapture the personality, excitement and fun of this series, there might just be some life left in this franchise after all.

8. Tomorrowland
When: May 22. Why I’m looking forward to it: In his first live-action directorial effort, Brad Bird took a mediocre action franchise (Mission: Impossible) and churned out one of the best splody films of 2011. Tomorrowland is an even more ambitious project, an off-kilter sci-fi mystery on a potentially epic scale. But as the director of such animated fare as The Iron Giant, The Incredibles and Ratatouille, Bird is no stranger to ambitious projects or world-building. Rumor has it that Bird was so excited about this project that he turned down the opportunity to direct a Star Wars movie in order to do it. Hopefully, his enthusiasm pays off in the end. (This film also co-stars George Clooney, who has quietly been doing some absolutely incredible work in recent years.)

9. Chappie
When: March 6. Why I’m looking forward to it: Geek favorites Hugh Jackman and Sigourney Weaver star in a movie about a robot by District 9 director Neill Bomkamp. Honestly, that's all I know about this film except that it's getting great buzz. But really – read that first sentence again. Do you need any more information to be excited about this one?

10. Terminator: Genisys
When: July 1. Why I’m looking forward to it: My first reaction: "Oh no, not another Terminator movie. Just let this franchise die already. The first two were good and everything after that is diminishing returns." My reaction after seeing the first trailer and realizing just how batshit insane they decided to get in order to fix this franchise: "Oh... uh... that might just work. Wait, is that Daenerys Targaryen?! OK, I'm all in."

11. The Hunger Games: Mockingjay – Part 2
When: November 20. Why I’m looking forward to it: This is the finale to a series I never wanted to like in the first place, but I just couldn't help myself, because Jennifer Lawrence. The first three installments were good, so basically all they have to do now is not screw it up.

12. The Hateful Eight
When: November 13 December 25. Why I’m looking forward to it: I really wanted to believe westerns were a dead genre. Unforgiven was the exception that proved the rule, said I. Then Quentin Tarantino went and made Django Unchained, and now I have no choice but to admit that westerns are alive and well. Tarantino has said his latest western is unrelated to Django, and I have no other frame of reference for it, but I don't think we need one at this point. Tarantino has found his groove again making these period pieces, and we should all just be thankful and sit back and enjoy.

Finally, here is a full schedule of sci-fi-ish and splody-looking movies that just might prove worthwhile in 2015 (my initial selections in bold)...