My MCU Predictions for Comic-Con 2014 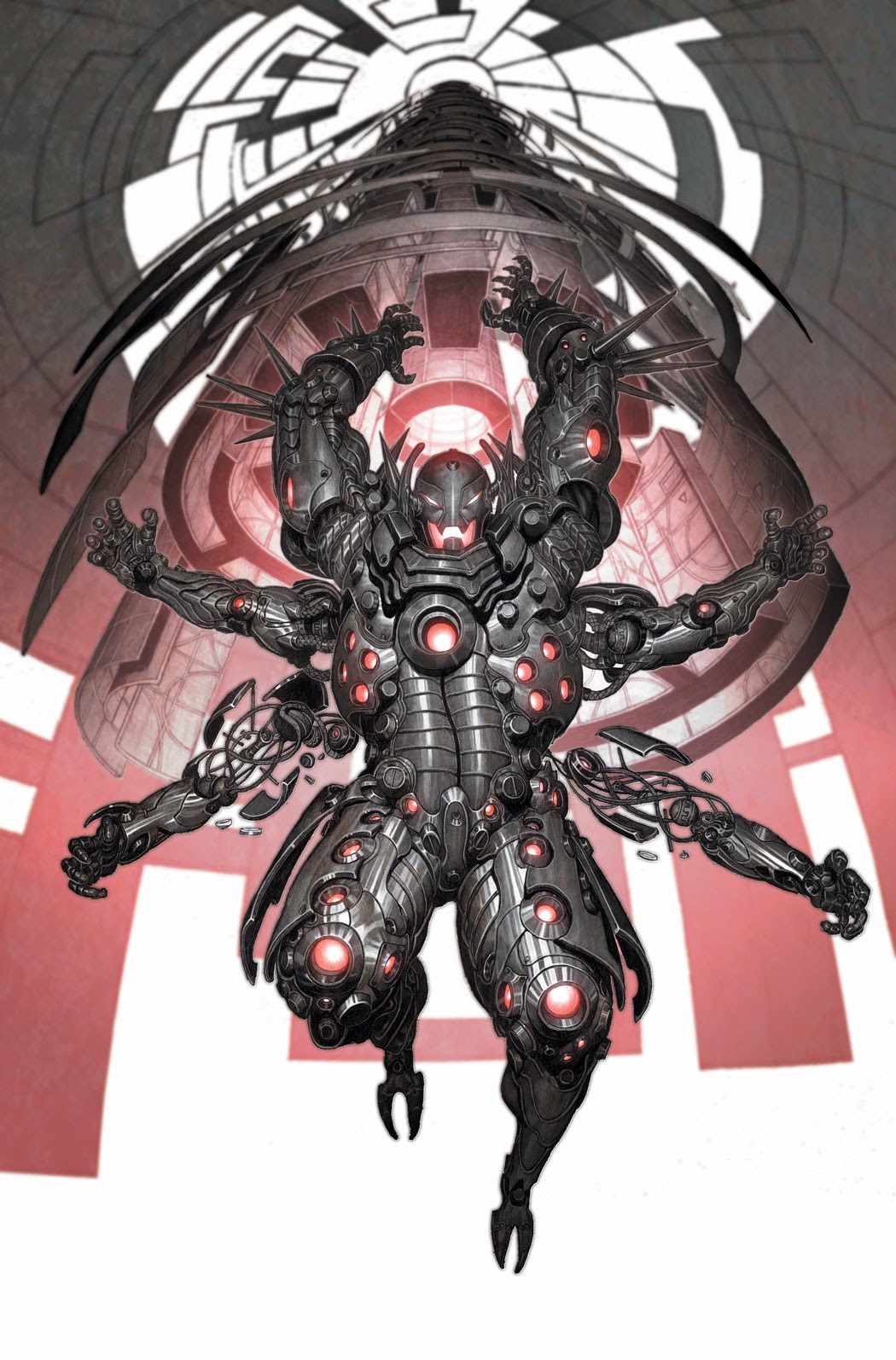 Comic-Con International opens tomorrow night. In advance of that, here are my predictions for the titles of the Phase Three films of the Marvel Cinematic Universe. (Prepare for most of these to be completely disprove within the next few days...)

Next year, Marvel's Phase Two will conclude on May 1st with Avengers: Age of Ultron. So far, we know we are getting Ant-Man, Captain America, Doctor Strange, Thor and Avengers films in Phase Three, but we don't know the other four, nor do we know the titles for most of these. We know the release dates, but we do not know the order.

Here, then, are my predictions:

July 17, 2015
Ant-Man
An aging scientist (Michael Douglas) helps a thief-with-a-heart-of-gold (Paul Rudd) pull off a heist to stop the bad guys and save the world.

May 6, 2016
Captain America: The Secret Empire
Captain America is back, along with a host of his B-list Avengers friends (Falcon, Hawkeye, etc.) as they unravel a mystery going back to the 1950s. This film introduces us to Black Panther's Wakanda and also gives us more of the Winter Soldier.
10/28/14 UPDATE: this film will be titled Captain America: Civil War and will pit Captain America and Iron Man against each other - which is even more awesome than I could have imagined. I assume it will also carry forward the Winter Soldier thread in some way, and we have been assured that Black Panther will in fact make an appearance.

July 8, 2016
Doctor Strange
The origin film for Marvel's master of magic shows us the formerly smug surgeon Stephen Strange finding humility and a new purpose in life through sorcery. But behind the magic there are dark forces at work, and he realizes he must wager his own soul to save our universe. Look for head trips and Lovecraftian horror elements, as well as the typical Marvel humor.
10/28/14 UPDATE: the titled was confirmed, but the date was shifted to November 4, 2016.

May 5, 2017
The Incredible Hulk: Days of Rage
Bruce banner wrestles with his inner demons, and with threats that neither he nor the Hulk can defeat alone—but maybe they can by working together. I'm thinking that "The Leader" is the big bad in this one, and there will be a ton of other heroes and villains besides just the Hulk. Could we possibly even get a Tony Stark cameo?
10/28/14 UPDATE: we did not get a solo Hulk movie. Instead, this date will be filled by the Guardians of the Galaxy sequel, which as of now is titled Guardians of the Galaxy 2. Director James Gunn has hinted that Peter Quill's father will play a role, and it can be assumed that Thanos will continue making his presence felt as well. Also, there have been some rumors that the Hulk may make an appearance in Guardians 2, so there's an outside chance I may still get my gamma-fueled rage fix in May 2017 after all...

July 28, 2017
Black Panther
Mainstream comics' first Black superhero finally gets his own movie as we delve into the fascinating backstory of the tiny, technologically advanced African nation of Wakanda and its mysterious king, the "Black Panther," T'Challa. This is seriously one of the most bad-ass superheroes in existence, so I'm really hoping Marvel does this and does it right.
10/28/14 UPDATE: this date will be used for the third Thor film, which will be titled Thor: Ragnarok as predicted. Kevin Feige pointed out that Ragnarok is "the end of all things."

November 3, 2017
Thor: Ragnarok
The stakes are ratcheted up, as the Jane Foster subplots are dumped and Thor has to deal with the possible end of Asgard itself. He finds himself in conflict with a host of big Asgardian villains like Surtur the fire demon, the Enchantress, and of course his "brother" Loki. Oh, and Thanos makes an appearance as well.

July 6, 2018
Guardians of the Galaxy: Annihilation
Now we really get into Thanos. This sequel loops in some more cosmic characters, including Nova and Adam Warlock. In the end, there is a small victory, but Thanos cannot be stopped and is headed to Earth. All hope is lost. Sorry.
10/28/14 UPDATE: this date will be used for Captain Marvel, Marvel's first female-led superhero film. Think of Carol Danvers, who has also gone by the alias "Ms. Marvel," as a cosmic version of Wonder Woman.

November 2, 2018
The Inhumans
The Inhumans are a secret race of augmented humans with special powers, and they tie into a bunch of loose threads already established in the Marvel Cinematic Universe, including the Kree (an alien race seen in the first season of Agents of SHIELD) and most likely the "miracle twins" Wanda (Scarlet Witch) and Pietro (Quicksilver) Maximoff from Avengers: Age of Ultron. They also could have ties to Thanos. Most of all, though, there are some incredibly groovy characters here that I can't wait to see on the screen: most importantly Black Bolt, one of the coolest cats Jack Kirby ever created. And I think this film could also be the perfect vehicle to introduce us to Ms. Marvel / Captain Marvel, if Guardians of the Galaxy doesn't beat it to the punch. Kevin Feige has hinted that an Inhumans movie could eventually come our way, so here's hoping...
10/28/14 UPDATE: Inhumans confirmed for this date! Vin Diesel has been rumored for the role of Black Bolt. That would be perfect. Although he already has a voice-only role in the MCU as Groot, Black Bolt doesn't speak, so this would be an everything-except-voice role. 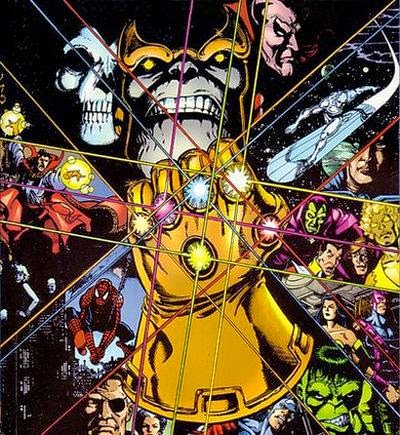 7/23/14 UPDATE: Marvel Studios just announced a third film for 2018 on May 4 of that year. I'm going to guess that means they've come to some kind of agreement with Robert Downey, Jr. and that Iron Man 4 will factor into their Phase Three plans after all. There are a ton of other possibilities, though: it could be Nova, Namor, Miss Marvel, a Black Widow/Winter Soldier team-up, the long-rumored Runaways, or even the Thunderbolts movie that James Gunn has been wanting to make. Hopefully, they'll make an announcement soon...

How did I do? Well, I got the easy ones. And I nailed that Inhumans release date, for what that's worth. (Hint: not much, really.) But the schedule was full of surprises, and I bet there are a lot more to come. I am absolutely thrilled that we will get Doctor Strange, Black Panther, Captain Marvel and the Inhumans in Phase Three. WOW! My only disappointment was the lack of solo Hulk and Black Widow movies, but studio president Kevin Feige gave assurances that we would see them co-starring in other Phase Three movies, along with Hawkeye and other supporting characters.
Posted by Rico Detroit at 6:00 AM No comments: