How many James Bonds have there been?

There is a popular theory floating around the Internet that "James Bond" isn't a name, it's an alias - a false name used by all of Britain's MI6 secret agents in the Double-O program (i.e., licensed to kill) to be assigned the number 007. This theory is supposed to explain two things: 1) why James Bond has been able to have such a long career, and 2) why his appearance keeps changing (from actor to actor).

Seeing as how the movies definitely build into a continuous narrative, the longevity question should concern us. Also, there are certain plot points that can only be explained in one of two ways: either the "Bond" name changes hands, or the franchise has been rebooted at some point without anyone realizing it.

So I tend to agree with this crazy Internet theory. However, I do not agree that each actor who has played Bond has played a different agent. In the Eon Productions movie series, six different actors have so far played Bond, but I think the timeline works best with just four agents having used the alias during that span. Here is how I would break it down:

--- Note: this is the year Sean Connery was actually born.

--- Note: Roger Moore is actually older than Connery, but always appeared young for his age.

--- Note: this is the year Pierce Brosnan was actually born. 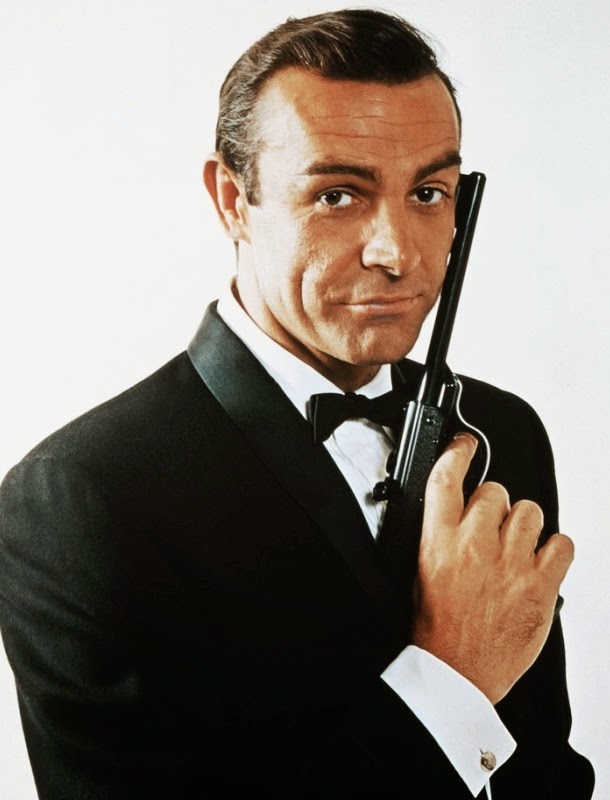 1956 - At age 26, James Bond is assigned to the Double-O section of the British Secret Service and granted a license to kill.

--- Note: The Saint was the television role that made Roger Moore famous and made everyone liken him to James Bond.

1966 - On Her Majesty's Secret Service (George Lazenby as James Bond).

Bond marries Tracy di Vicenzo, but she is murdered by Ernst Stavro Blofeld shortly after the ceremony.

--- Note: On Her Majesty's Secret Service was released in 1969, but continuity errors actually seem to place it before You Only Live Twice.

Note: this is when The Saint ended its run on television.

1972 - James Bond marries Tiffany Case (the Bond girl from Diamonds Are Forever) and retires to Skyfall, his estate in Scotland. There, for their own protection, they live under assumed names. 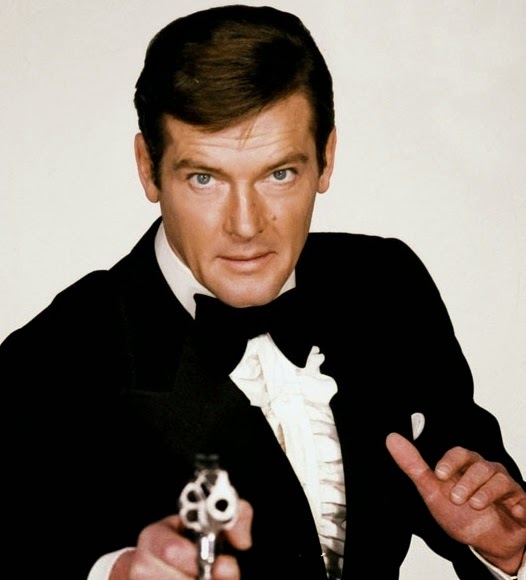 Meanwhile, former-thief-turned-agent Simon Templar becomes the new 007. Because of his past criminal history, Templar decides to adopt Bond's name as well as his number.

--- Note: Daniel Craig was actually born in 1968, but this birth year makes more sense for our timeline.

1982 - A British thief and con-artist who went only by the name "Harry" adopted the alias "Remington Steele" and began working for private detective Laura Holt in Los Angeles.

--- Note: Remington Steele was the television role that made Pierce Brosnan famous and made everyone liken him to James Bond.

1984 - Private detective "Remington Steele" is recruited into MI6 after his associate Laura Holt is killed by the KGB in Ireland.

--- Note: By all rights, the television series Remington Steele should have ended in time for Pierce Brosnan to be the next James Bond. By speeding up the Remington Steele timeline a bit, we can achieve what we need. 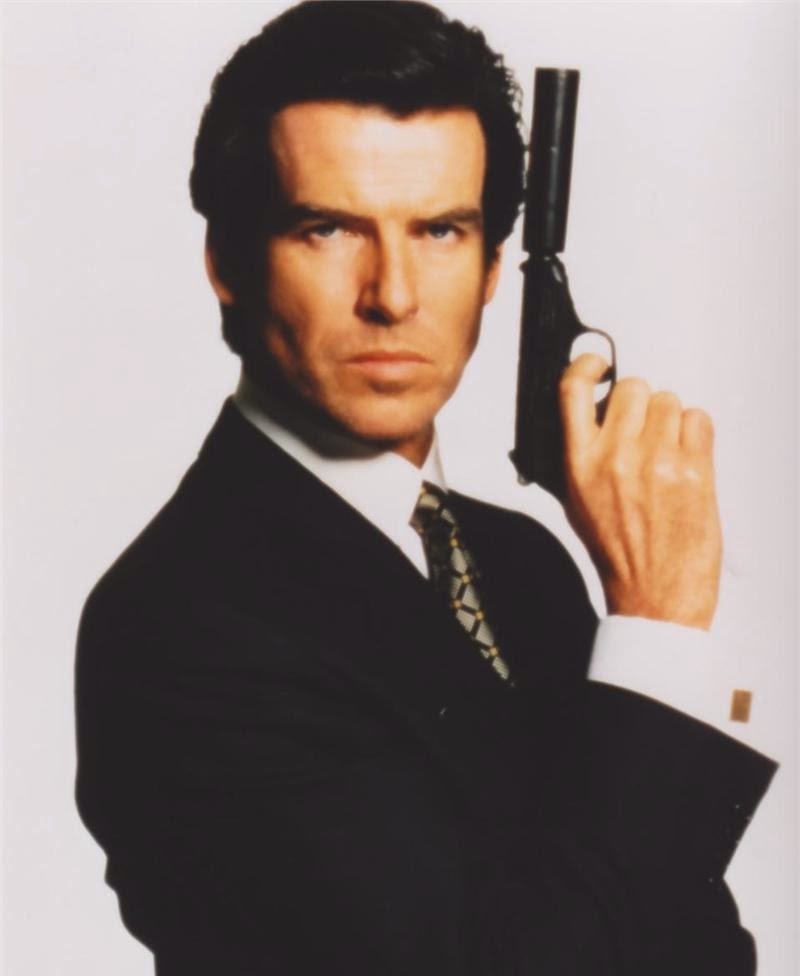 1986 - After showing remarkable aptitude, the agent known as "Remington Steele" becomes the new 007. Like his predecessor, he decides to leave his former alias behind and use the alias "James Bond."

The pre-title sequence of Goldeneye (Pierce Brosnan as James Bond III) happens soon after this James Bond joins the ranks of the Double-O's.

1996 - The son of the original James Bond joins MI6. He's using an assumed name at this point rather than his real name, but the higher-ups know who he is.

The third James Bond was killed in action later this year.

--- Note: Sorry, Remington Steele, but Die Another Day was atrocious, so you don't get to retire. 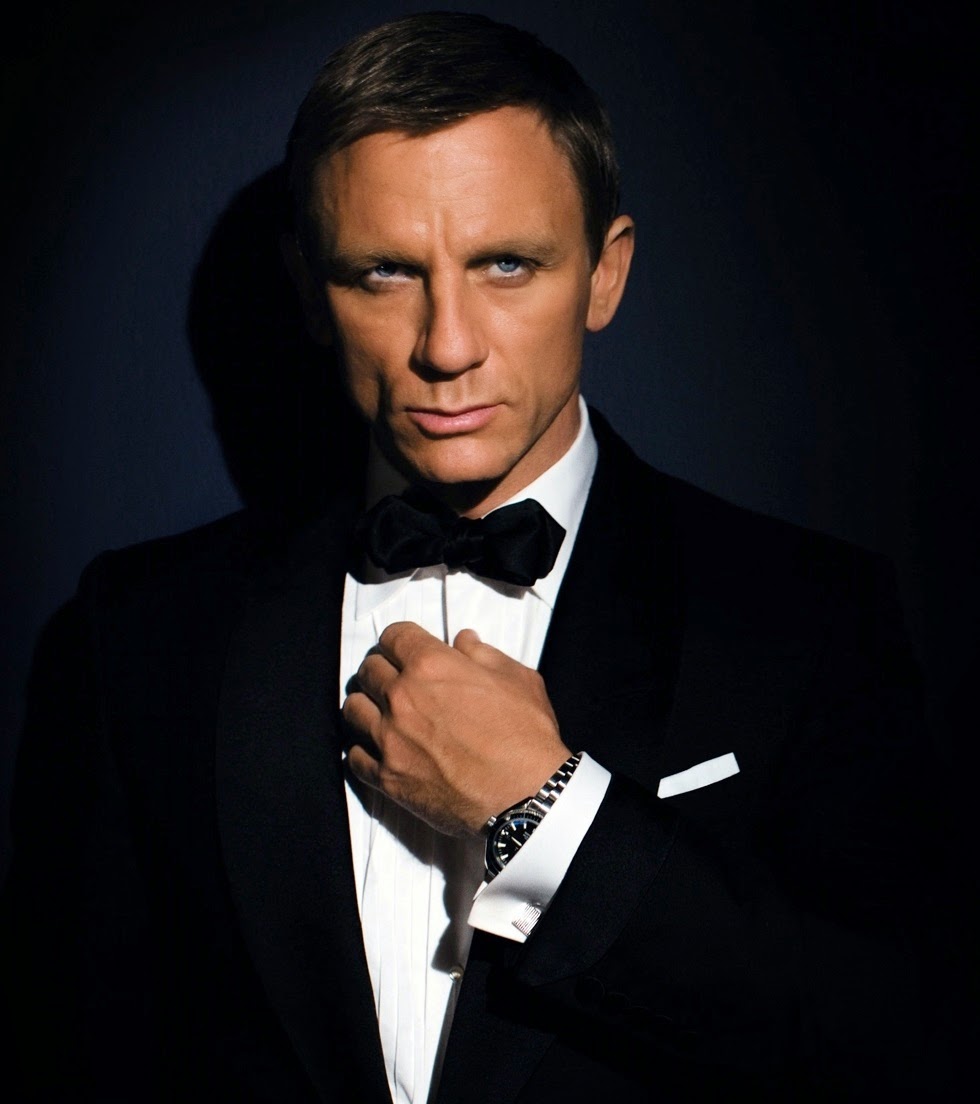 2006 - The son of the original James Bond earns his license to kill and inherits his father's old role as 007.


So there you have it: there have been four James Bonds. Two of them (father and son) have actually been named James Bond, and two have used the alias in the role of 007 because they couldn't legitimately use their own names.

On screen they have been played by: