Most anticipated splody movies of 2014 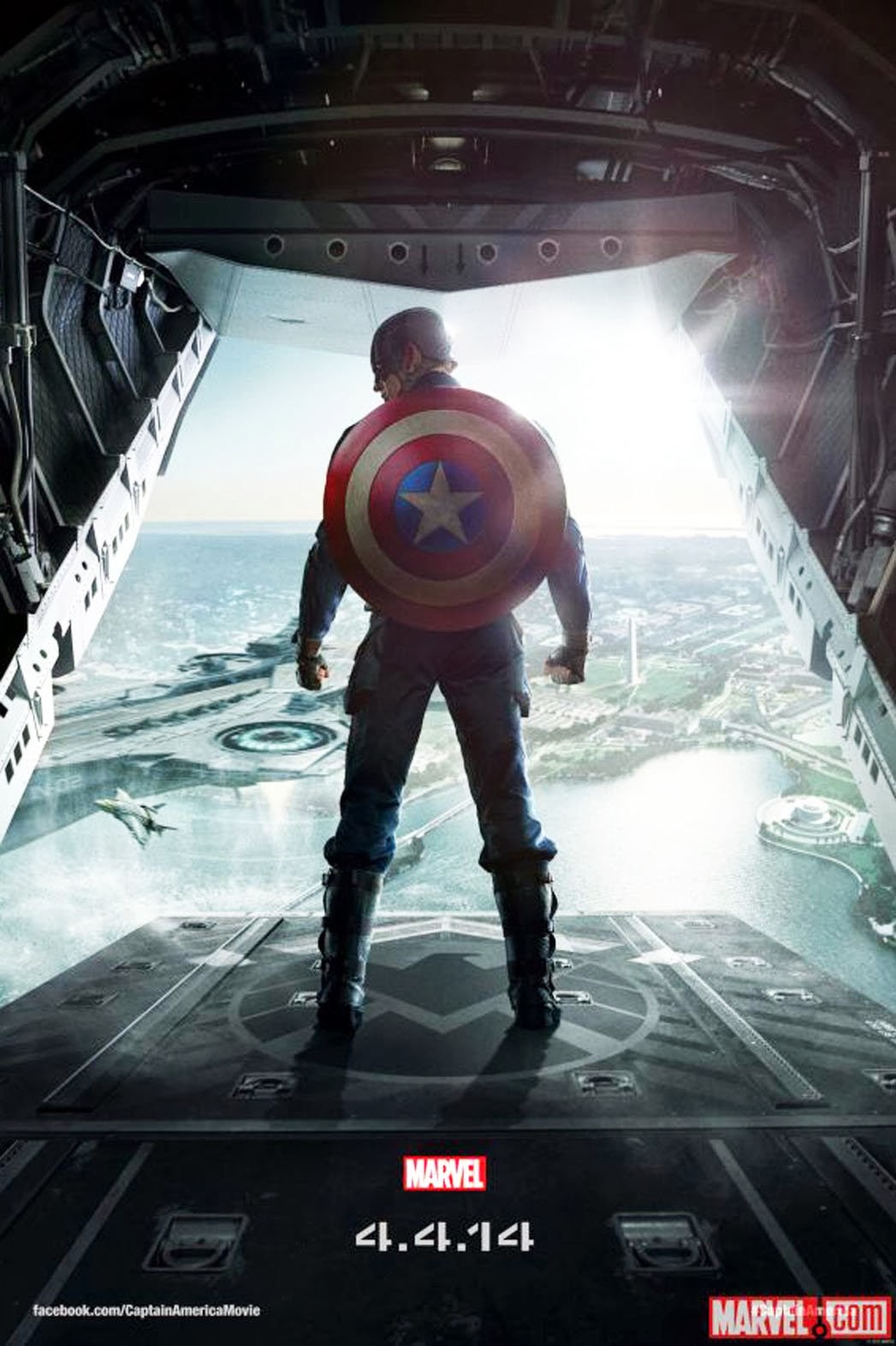 At the beginning of each year, I check to see what movies are coming out and try to informally rank which ones I think will be worth seeing. My formula for success is equal parts good character development and explosions. Here is what I think about the movies scheduled for 2014:

1. Captain America: The Winter Soldier
When: April 4. Why I’m looking forward to it: Because at this point Marvel Studios can do no wrong. The first trailer for this movie looked incredible, and those who saw early footage at Comic-Con raved about it. It promises to be a 1970s-style political thriller wrapped in a superhero action film, and it is clear that rookie directors Anthony and Joe Russo understand and care about their source material very much. In short, I can't freaking wait!

2. Godzilla
When: May 16. Why I’m looking forward to it: I've been a huge G-Fan from day one, ever since I caught my first "Godzilla Week" on The 4:00 Movie on Detroit's Channel 7 WXYZ after school in the mid-1970s. After the disaster that was the 1998 Sony version of Godzilla, it's nice to see that Legendary is doing the second American version right: the big guy actually looks like Godzilla, and will be an unstoppable force of destruction. Yes! Plus, this movie has Heisenberg himself: Bryan Cranston!

3. Guardians of the Galaxy
When: August 1. Why I’m looking forward to it: Because see Captain America, above. This film will be Marvel's most wacky and risky venture so far, but it could also be the most fun. It is about a ragtag group of lovable rogues in outer space, one of whom is a talking raccoon and another of whom is a sentient tree that can only say his own name. If that sounds like a kids' show, don't worry: this movie will have an edge. It will be Marvel Studios' first venture into their "cosmic" heroes, and if it succeeds it will open the door to an entirely new side of the Marvel Universe.

4. The Amazing Spider-Man 2
When: May 2. Why I’m looking forward to it: Because the first film was a mixed bag, but had enormous potential. From everything I've seen so far, this could be the film that sees that potential come to fruition. Jamie Foxx's Electro looks like a much more well-rounded villain than the last film saw. And with the origin out of the way, we'll get an entire movie of Spider-Man being Spider-Man. Yeah!

5. X-Men: Days of Future Past
When: May 23. Why I’m looking forward to it: Because Bryan Singer is back behind the camera and just might pull off this incredibly ambitious, time-hopping epic. The "Days of Future Past" story line is one of the moved beloved in X-Men lore, and Singer has already confirmed that they've changed quite a bit, so it is on shaky ground in that regard. Singer is also using the film to "correct" the mistakes of past movies (specifically the awful X-Men: The Last Stand) and reboot Fox's cinematic superhero universe. It sounds like a recipe for disaster, but it's so crazy it just might work. Plus, if the story is anything like the original, it is going to be sweet. (Oh, and I almost forgot: Jennifer Lawrence!)

6. The Hobbit: There and Back Again
When: December 17. Why I’m looking forward to it: Because this is it: the last Middle Earth film we're likely to ever see. This one will have the final confrontation with Smaug and the Battle of the Five Armies, so it should be worth the ride.

7. Big Hero 6
When: November 7. Why I’m looking forward to it: Because this is the first animated Disney movie based on a Marvel Comics series - albeit an obscure one. The 30-second teaser footage of the fictional city "San Fransokyo" was beautiful. I'm not at all familiar with this, but I'm intrigued. If done right, this could be the next Incredibles and open the door for many more such collaborations.

8. The Hunger Games: Mockingjay - Part 1
When: November 21. Why I’m looking forward to it: Because I'm in love with this series, and Jennifer Lawrence rules.

9. Dawn of the Planet of the Apes
When: July 11. Why I’m looking forward to it: Because the first of the new Planet of the Apes movies was a delightful surprise. This one takes place ten years later, in a changed world at its tipping point, and looks like it has a lot of potential. And it has Gary Oldman!

10. Interstellar
When: November 7. Why I’m looking forward to it: Because in Nolan we trust. Even his sub-par movies are worthwhile. This one has me slightly nervous, because it features perennial douchebag Matthew McConaughey. But his best role was probably Contact, which this reminds me of. So I think director Christopher Nolan can pull something worthwhile out of him. Plus, this film promises to continue the trend of movies that feature pure, old-school sci-fi, and that can only be a good thing.

11. Jupiter Ascending
When: July 18. Why I’m looking forward to it: Because sometimes you want pure, new-school sci-fi that defies all logic. Directors Lana and Andrew Warchowski (the siblings responsible for The Matrix, V for Vendetta and Speed Racer, among other films) have a decidedly mixed  track record, but can always be counted on for groundbreaking visuals and action effects. This movie sounds like it could be the next Fifth Element or the next Spacehunter. Actually, you know what? Either way that sounds awesome; I'm in.

12. RoboCop
When: February 12. Why I’m looking forward to it: Because this movie just might work. When I first heard they were remaking RoboCop, I thought it was a mistake. Some movies are so close to perfection that they should not be touched. Then I learned that Brazilian director José Padilha was attached, and my position softened. (His Elite Squad films are not to be missed.) Then I learned that Gary Oldman, Michael Keaton and Samuel L. Jackson were all on board. And the trailer didn't didn't look half bad. Well, damn, I just might have to check it out. And while I still think it won't be as good as the original, maybe if it does OK at the box office, we'll at least finally get some more decent movies in the series. And you know what? ...

Finally, some other splody-looking movies that just might prove worthwhile in 2014 include...