Most anticipated splody movies of 2013: recap 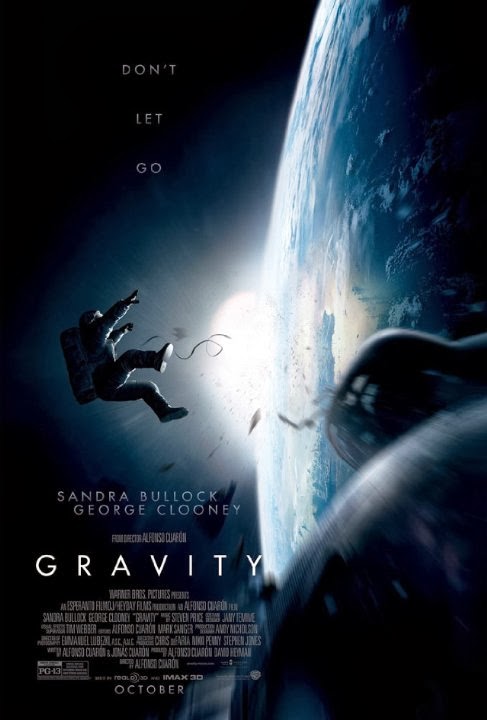 At the beginning of 2013, I made a list of what I thought would be the best movies of the year. (My formula for success: equal parts good character development and explosions.) Now that the year is over, as is my custom, here is my analysis of how those predictions went.

First, a note: 2013 was a weird year for splody films. On the one hand, there were no universally-loved blockbuster action movies this year like last year's The Avengers to anchor the box office. Sure, a number of films made a bank, but fanboys were bitterly divided over all of them. On the other hand, ten of my eleven picks for the year (the twelfth was delayed until 2014) were certified "fresh" on Rotten Tomatoes (60% or greater critic score), so there weren't really any highly anticipated movies that "bombed" this year, either.

The upshot is that a lot of fans thought this was a down year for movies, but the box office numbers were strong, and there wasn't a single "EPIC FAIL" movie on my list, so I'm counting it as an overall WIN. (Note that since I didn't have any "FAIL" movies to replace this year, I stuck extra choices in where appropriate. Enjoy.)

1. Pacific Rim
Result: FULL OF WIN (Tomatometer 72%). This was my most anticipated movie of the year. It didn't live up to the hype I created for it in my head, but it was still solid. (I mean, giant monsters vs. giant robots: how could it not be?) I think it would have been better if they had spent more time investing in the personalities of the kaiju, and giving us a single "big bad" kaiju that couldn't be killed and reappeared multiple times, instead of making them cool looking but disposable. That's what makes Godzilla work. On the other hand, I've watched this movie three times now, and it keeps getting better. I do love me some kaiju-on-mecha action!

2. Star Trek Into Darkness
Result: MIDDLING (Tomatometer 87%). This movie started out well, but the second half devolved into what tried to be an homage to Wrath of Khan but felt more like a parody of it. I was OK with the premise here: "Let's see what would have happened with a popular villain if things had gone radically different from the start." But if they were going to do that, they should have committed to it fully and avoided the painfully corny parallels to the original story line that they forced into the second half. This was a visually stunning movie, maybe even more gorgeous than the first J.J. Abrams Star Trek, and even at the end there was a lot to love, but I couldn't help feel that there were missed opportunities as well. What ELSE should have been on my list: Gravity (Tomatometer 97%). Simply put, this was the most stunning movie I saw in 2013. It was beautiful and intense.

3. Iron Man 3
Result: FULL OF WIN (Tomatometer 78%). Longtime fans are divided on this one, mostly because Iron Man's most dangerous foe, "The Mandarin," is changed radically for the movie. To me, the bigger sin is that the final villain just isn't convincing enough. When you make a switch like that, you need a new antagonist to step forward and be even more terrifying than anything you could have possibly imagined up to that point. Oh well. Even with that flaw, it's still a fun ride and was the year's highest grossing film.

4. The Hobbit: The Desolation of Smaug
Result: FULL OF WIN (Tomatometer 76%). Without a doubt, Peter Jackson should have made The Hobbit into a single movie or at most two, because he's padding the trilogy with ridiculous things. However, I must say that they have been quite entertaining. This second film moves at a much faster pace than the first, which is both a blessing and a curse. There is not much room for character development this time around (hopefully you got your fill of that in part one), but the action comes so quickly that you never get bored. However, the difference between this series and The Lord of the Rings is that when you leave the theater after The Hobbit movies, there isn't a single moment that jumps out at you as the defining moment. There is no "You shall not pass!" moment. Jackson seems to be trying to make The Hobbit more epic, but I worry that he's cheapening it with parlor tricks. That won't stop me, however, from being first in line for part three.

5. Man of Steel
Result: FULL OF WIN (Tomatometer 55%). There has never been a good Superman movie. Ever. Until now. This one had its flaws, and I'm not happy with certain needless changes to the mythology. But it finally did two things right. First, it showed Superman being a total badass and fighting like Superman would actually fight. (Caveat: the final battle scene in Metropolis was ridiculous disaster porn and went on way too long. But I digress.) Second, it didn't introduce a new ridiculous power just for the sake of the plot. (The 1978 film was ABSOLUTELY RUINED by giving Superman the ability to turn the entire freaking planet backwards in its orbit - and somehow have that reverse time instead of killing us all!) Yes, its flaws are numerous: continuity issues, confusing subplots, Jonathan Kent sacrificing himself for no reason, etc. But there is also a lot to love: Clark's discovery of his powers, Superman bursting into flight, high-speed Kryptonian fighting, etc. Superman is boss. For all its faults, at least this movie understands that.

6. Thor: The Dark World
Result: FULL OF WIN (Tomatometer 66%). This was my favorite superhero movie of the year. Hard to believe that not long ago I thought Thor was the stupidest superhero there was and his movies would fail miserably. Thor's relationship with his crazy brother Loki continues to be fertile ground for Marvel Studios. This movie also had lots of cool scenery and aliens and gadgets and action sequences, not to mention unexpected twists and turns. I hope we keep getting more of the same for years to come.

7. The World’s End
Result: FULL OF WIN (Tomatometer 89%). I actually haven't seen this one yet, but I'm giving it a WIN based on reviews and because I'm big fans of the previous work Edgar Wright, Simon Pegg and Nick Frost have done together. What ELSE should have been on my list: This Is the End (Tomatometer 83%). Speaking of apocalyptic comedies, this one caught me by surprise. Hilarious and highly recommended.

8. The Wolverine
Result: FULL OF WIN (Tomatometer 69%). This movie didn't stick very closely to the original "Logan in Japan" story that inspired it, but it was still pretty solid. It was slower than a lot of superhero movies, but I enjoyed the introspection. The end got pretty bonkers, but all in all, it was a vast improvement over the first Wolverine film, and I think it was Hugh Jackman's best performance to date. (Even though he's still too tall for the role.)

9. Elysium
Result: MIDDLING (Tomatometer 68%). Elysium was this year's Prometheus - a movie that looked beautiful and ultimately left me confused as to whether or not I loved it. I did, but I also have to admit that it had its flaws, including the fact that it was weak on both character development and plot. But oh my, what incredible visuals and world-building. What ELSE should have been on my list: Oblivion (Tomatometer 53%). This is a gorgeous film with a great performance from Tom Cruise and an interesting twist. It isn't as splody as Elysium, relying somewhat more on drama and suspense, but it is old-school sci-fi done right.

10. Ender’s Game
Result: FULL OF WIN (Tomatometer 61%). I rather enjoyed this. It was nice to see a sci-fi movie that offered something different, and Asa Butterfield and Harrison Ford were both fantastic.

11. The Hunger Games: Catching Fire
Result: FULL OF WIN (Tomatometer 89%). Even better than the first, and Jennifer Lawrence rules.

12. I, Frankenstein
Result: INCOMPLETE (Tomatometer M.I.A.). Like last year with G.I. Joe: Retaliation, this film didn't come out when it was supposed to. Oh well, it sounded cool (I'm a big Frankenstein fan), but now that I've seen the trailer, it looks like garbage. Frankenstein's monster just looks like a regular dude with a few facial scars... WTF? What should have been on my list: G.I. Joe: Retaliation (Tomatometer 28%) and Kick-Ass 2 (Tomatometer 29%). These two movies may not have gotten the critics' love, but they were fun, brainless, action-filled romps. My expectations for both of these were low, and they were more than exceeded. The second G.I. Joe film was surprisingly better than the first (which was a fun but shallow B-movie) and nicely balanced ridiculous plot points and cool action sequences. The second Kick-Ass movie wasn't as good as its predecessor, but it didn't have to be: its predecessor was a better film than most. And there was a lot to love in this sequel, including the fact that it got made at all. Is it too much to hope now that there is a third?

Bonus Wins: There are a few other 2013 films that I think are worth mentioning, even if they aren't necessarily "splody." By all accounts, The Conjuring (Tomatometer 86%) was the scariest movie of the year. Despicable Me 2 (Tomatometer 74%) turned out to be a worthy sequel in the kid-friendly adventure movie category. The thrilling black comedy The Wolf of Wall Street was another masterpiece by director Martin Scorsese, with a career-defining performance by Leonardo DiCaprio. The low-budget, found-footage Europa Report (Tomatometer 79%) was a well-done mock-documentary sci-fi thriller. And Upstream Color (Tomatometer 85%) was a fascinating art-house head-trip sci-fi drama. The last two were both slow burns, but if you like sci-fi and don't mind a slower pace to your movies, you'll find them rewarding.

And of course it wasn't released theatrically, but who can deny the brilliance of... 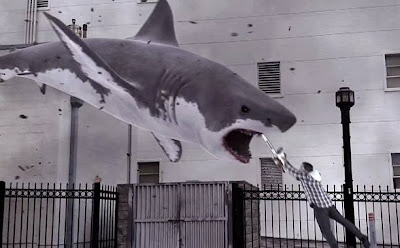 Coming next: my choices for splody movies most likely to please in 2014...