Psycho-killer profile of the week: "The House" 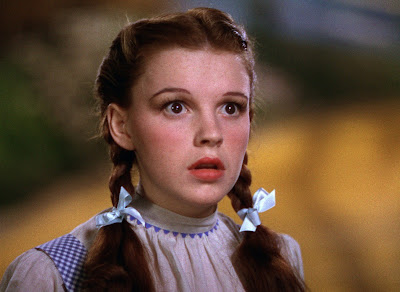 Sentence: 30 years at the Winkie Maximum Security Penitentiary for Women in Western Australia.

Time served: Commuted after six years on condition that she never return to Australia.

Where is she now? Divorced mother of three. Raises Yorkshire Terriers and works as a dog groomer in Salina, Kansas. Additional past criminal record includes petty theft (shoes, apples, etc.), minor drug possession (poppy flowers and raw opium), operating a vehicle without a license, threatening an officer with a hatchet and resisting arrest.

Current threat level: Diagnosed paranoid schizophrenic. Considered minimal threat as long as she remains on her medication and reports to her parole officer. Can get flighty during tornado season or around scarecrows.
Posted by Rico Detroit at 6:00 AM