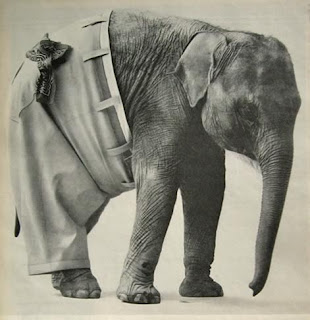 
I'm not going to sink to your level; I'm going to bring you down to mine.


"That's a good life lesson, dad: never give a rabbit a hammer."


If you ever stop calling slug bugs, you are dead on the inside.


A website just prompted me to "Please prove you're not a robot" by entering anti-fraud words. See? The anti-AI bias has already started.


If you have kids, you are entitled to complementary whine with every meal.


"Nobody's perfect"? No, I reject that. We're all perfect, because God made us that way. We just need to remember it.


Anti-profanity software changed "cocktail" to "c**ktail" in a headline - thus INSERTING profanity where there wasn't any!


You'll have to speak up - I'm not listening.


People like to crane their necks to see an accident; if they could, they would sit in their living rooms and push a button to make it happen.


I just want to scream into the void. I don't want anything to scream back.


I'm kinda nervous. According to Gloria Estefan, the rhythm is coming to get me, and this is apparently happening tonight.


Pull: the other push.


Why does everyone keep calling each other XO?


If you're wearing baggy pants and the thin strand of elastic holding up your old ratty underwear breaks, you're no longer wearing underwear.


I would like to transfer my consciousness into a robot body now, please.


Height and depth are the same thing, just seen from different points of view.


"No offense" means "I'm about to say something offensive" not "I can say what I want without consequences."


If it takes you more than one tweet to communicate something, you're using the wrong medium.


A person lives a different life every 5 years. Look back at your own circumstances 5, 10, 15 years, etc. and tell me it isn't so.


We would all benefit from a 3rd eye on top of our heads, so we would always look up and see how big the universe is and how small we are.


Earlier today, my phone dropped a call. The error happened at 4:04. Coincidence?


R.I.P. Neil Armstrong. Your small step may be over, but your giant leap lives on.


I'm having a hard time teaching my monkey to be altruistic.


Only one letter separates "bogus" from "bonus."


I'm as invested in Iron Man saving the world as you are in your team winning the pennant; no real world benefit to either; whose fandom is more valid?


Autocorrect automatically capitalized "David" and "Bowie" but not "god."


This just in: Disney rumored in talks to take over Roger Corman Studios, The BBC, Martha Stewart Living, and Honey Baked Ham Company...


The Circle of Hell for bleeping swear words out of songs on the radio is lower than the one for swearing in songs in the first place.


The tallest mountains in the Solar System? They're on Jupiter of course. Some are over 4,000 miles high—more than 10x the size of the Moon!


Why has no one started a vodka label called Yakov yet?


Whenever a word appears in something's name or slogan that should have gone without saying, they're overcompensating for its absence.


Every once in a while, the dreary December sky looks starkly beautiful despite itself.


Every time I hear "chicken thighs" it cracks me up. Don't know why. You'd think "chicken breasts" would be the funny one, but no.


I think women would better understand how men felt about shopping if there were no such thing as returns.
Posted by Rico Detroit at 6:00 PM