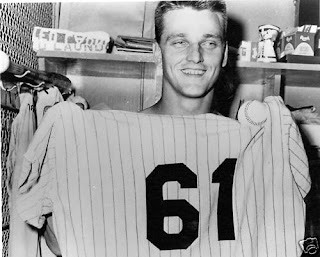 Maris hit 61 home runs in the 1961 baseball season, breaking the record of 60 set by Babe Ruth in 1927, which at that time was thought to be an unbreakable record. 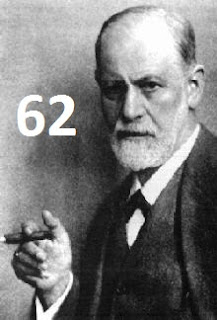 Sigmund Freud founded the field of psychoanalysis—and that's fitting, buecause no one needed anaylizing more than Freud himself. Case in point: he was documented as having as irrational fear of the number 62. 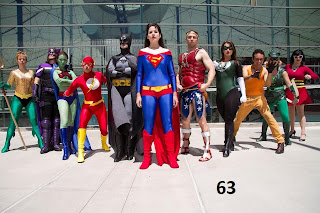 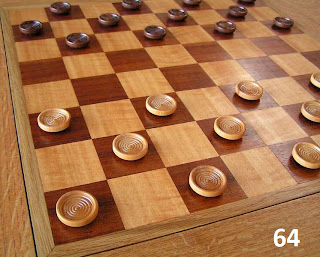 There are 64 squares on one. 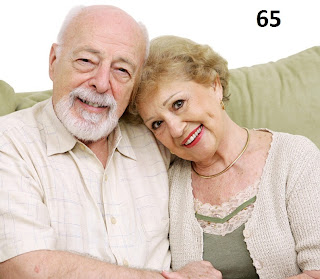 Common convention holds that a person is a "senior citizen" at age 65 and older. 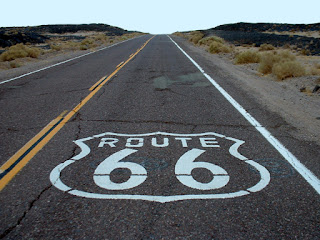 From the lyrics of the song "(Get Your Kicks on) Route 66," an ode to the former U.S. highway that ran "from Chicago to L.A." before the advent of the Interstate highway system. Although it has been decomissioned, people still hold a fondness for the most classic of all American highways, and you can still travel parts of it where it has been preserved. 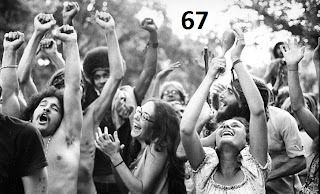 The Summer of Love was a social phenomenon that occurred during the summer of 1967, when as many as 100,000 people converged on the Haight-Ashbury neighborhood of San Francisco (the center of the hippie movement) and to a lesser extent in other big cities across America. 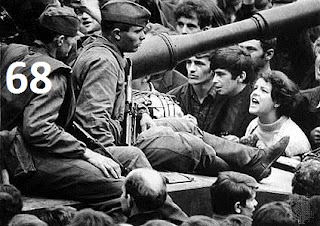 The Prague Spring was a period of political liberalization in Czechoslovakia during the era of its domination by the Soviet Union after World War II. It began on January 5, 1968, when reformist Alexander Dubček was elected the First Secretary of Communist Party of Czechoslovakia, and continued until 21 August when the Soviet Union and other members of the Warsaw Pact invaded the country to halt the reforms. 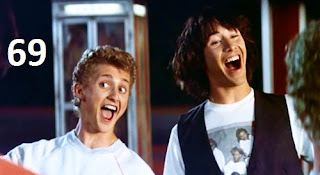 In the time-travel movie Bill & Ted's Excellent Adventure, present-day Bill (Alex Winter) and Ted (Keanu Reeves) meet future versions of themselves. Their conversation is as follows...
Present Ted: OK wait. "If you guys are really us, what number are we thinking of?"
Future Bill and Ted: "69, dudes!"
Present Bill and Ted: "Whoa!"
[quadruple air guitar solo] 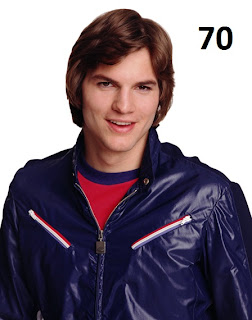 After the character Michael Kelso (played by Ashton Kutcher) from That '70s Show—not the central character, but probably the first one people think of when they think of that show.