In my last post, I shared a few new planet size comparison charts that I'd made a while ago, one of them showing the planets, moons and select asteroids of the inner Solar System. I also had been working on drafts of comparisons of the rest of the planets in the Solar System, and I have now completed those and shared them below. (Note that these are all at the same scale as the chart of inner Solar System objects from my last post.)

All known moons and select trojan asteroids (planetoids that share Jupiter's orbit) of Jupiter to scale by mean volumetric diameter: 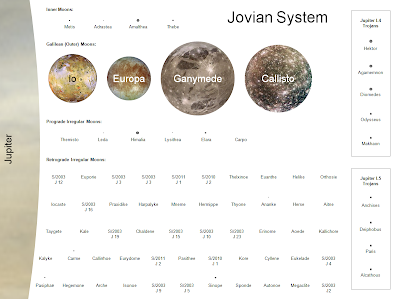 All known moons of Saturn to scale by mean volumetric diameter: 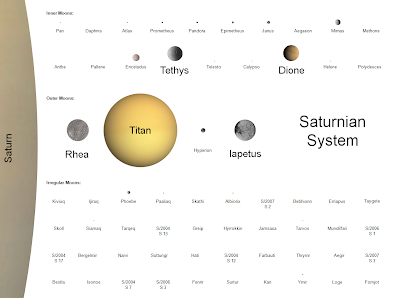 All known moons of Uranus to scale by mean volumetric diameter, along with select centaurs (planetoids of the outer Solar System): 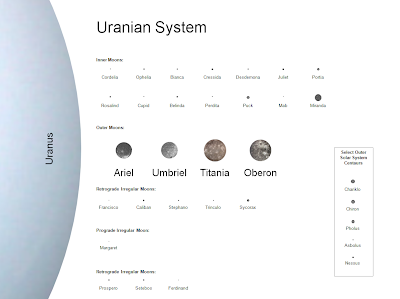 All known moons and trojan asteroids of Neptune to scale by mean volumetric diameter, along with select plutoids (planetoids beyond the orbit of Neptune): 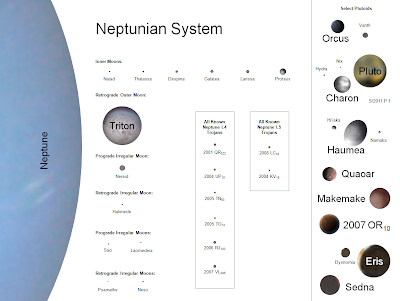 And finally, here is a link to a new chart illustrating the average distances between the Sun and its largest satellites.
Posted by Rico Detroit at 6:00 AM