Most anticipated splody movies of 2003: recap 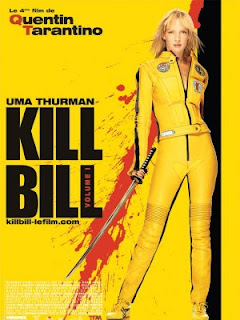 1. Lord of the Rings: The Return of the King

Result: FULL OF WIN (Tomatometer 94%). At this point in the series, I had no doubts. Kids who use the word "epic" too much should study the Lord of  the Rings series to understand what it really means.

Result: FULL OF WIN (Tomatometer 88%). I loved the first X-Men movie for its heart, even though I thought the superheroes were a little silly. I loved this sequel for the same reason, but this time the mutants stepped up their game in the action department. The best moment was finally watching Wolverine go berserk and use those claws of his like God intended him to.

Result: MIDDLING (Tomatometer 74%) and EPIC FAIL (Tomatometer 36%), respectively. The Matrix was one of the best sci-fi movies ever. Unfortunately, its sequels couldn't recapture the magic Reloaded had some good scenes, including a mind-bending car chase, but felt flat overall. Revolutions was pretty bad from start to finish, though. What should have been on my list instead of Revolutions: 28 Days Later (Tomatometer 88%). A pretty good zombie flick is always a pretty good solution.

5. The League of Extraordinary Gentlemen

Result: EPIC FAIL (Tomatometer 17%). Not only was this a horrible movie, it wasn't at all like the books it was based on, which are fantastic, twisted slices of alt-history steampunk. What should have been on my list: Pirates of the Caribbean: The Curse of the Black Pearl (Tomatometer 79%). When I heard Disney was making yet another film based on a lame theme park ride, I dismissed it. I was wrong: this ended up being one of the best splody movies of the year, thanks in large part to Johnny Depp's winning portrayal of Captain Jack Sparrow.

Result: FULL OF WIN (Tomatometer 85%). Along with Vol. 2, this outrageous film from sick genius Quentin Tarantino crafted a compelling story of revenge, filled with memorable, over-the-top action. This first chapter sets up the tragic back story for Uma Thurman's character and gives us the beginning of her quest to punish those responsible - in the most graphic, shocking and imaginative ways possible.

Result: EPIC FAIL (Tomatometer 45%). As a fan of blind superhero Daredevil, I couldn't help being disappointed with this. Although there are some good scenes (and the director's cut is a vast improvement over the theatrical release), it had unforgivable flaws. For one, it was badly cast: Ben Afleck was the wrong choice for the leading man and Jennifer Garner was wrong for the leading woman. The bigger problem, though, was they tried to cram all of Daredevil's mythology into one movie. As a result, what should have been poignant moments felt rushed and forced. What should have been on my list: Underworld (Tomatometer 31%). OK, the critics hated this one, but it was an entertaining romp (a battle between vampires and werewolves) that didn't defile one of my childhood heroes, so I'd take it over Daredevil any day.

8. Terminator 3: Rise of the Machines

Result: MIDDLING (Tomatometer 71%). The first two Terminator movies were classics. This one, although still entertaining in parts, was a considerable drop off in quality. As bad as original series director James Cameron is at dialogue, he is a master story teller, and his presence was missed on this film.

Result: MIDDLING (Tomatometer 62%). Director Ang Lee's "sensitive" approach to the Hulk story had its moments, but was ultimately disappointing. Hulk didn't smash enough. Marvel Studios would make a better Hulk film in 2008, and that's the one you should see.

Result: MIDDLING (Tomatometer 44%). This sequel didn't impress nearly the way its predecessor did, although I did love Demi Moore as the villain.

Final tally for my 2003 predictions: three winners, three losers and four movies that were just so-so. (50%)
Posted by Rico Detroit at 6:00 AM