Most anticipated splody movies of 2002: recap 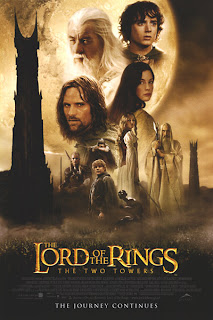 It all started when I sat down at the end of 2001 and figured out what movies I wanted to see during the coming year, mostly because the first Lord of the Rings film was so good that I could hardly stand to wait 12 months to see the next installment.

1. The Lord of the Rings: The Two Towers

Result: FULL OF WIN (Tomatometer 96%). The second chapter of the LotR trilogy was the least memorable, but still 99.9% awesome. Director Peter Jackson was criticized for stretching a battle that only lasted a few pages into a major scene that dominated the movie. But Jackson knew what he was doing: that scene was the only part of this movie that I remembered vividly from reading the book 20 years earlier, and now that it has been rendered in all its glory, no one who sees this film will ever forget the Battle of Helms Deep.

Result: FULL OF WIN (Tomatometer 89%). To be honest, the villain here was weak and Kirsten Dunst was a poor choice for the love interest. But the story was pretty good and Tobey Maguire nailed the title role.

Result: FULL OF WIN (Tomatometer 67%). When compared to the original trilogy, Episode II was middling at best. And yet, every time it's on, no matter how full of nerd rage I am, I watch it and as long as I can keep from thinking about 1977, I enjoy it.

Result: FULL OF WIN (Tomatometer 92%). This looked interesting, but I was surprised that it held my interest throughout. The little touches - like no-touch computer interfaces and personalized advertising - are made even more amazing by the fact that they're already coming true.

Result: MIDDLING (Tomatometer 74%). M. Night Shyamalan's "are-we-being-invaded-by-aliens-or-not?" thriller was very good for two acts, but the end left something to be desired.

Result: FULL OF WIN (Tomatometer 83%). This spy thriller blew my mind by how good it was. I was expecting a half-way decent Bond retread, and what I got instead was a complete redefining of the espionage genre.

Result: FULL OF WIN (Tomatometer 75%). Martin Scorsese's action-drama about the rise of organized crime in New York in the mid-19th Century was not 100% historically accurate, but who cares? It was slow in places, but never boring, and worth the price of admission for Daniel Day Lewis' performance alone.

Result: MIDDLING (Tomatometer 59%). Piers Brosnan's chances of ever playing James Bond again died the day this mediocre outing was released. His run had started so well with GoldenEye, but none of his other Bond films made much of an impression. After this, the arrival of Jason Bourne on the scene made Bond's producers completely rethink their game.

Result: EPIC FAIL (Tomatometer 38%). Yuck. Do even Star Trek fans like this one? What should have been on my list: Blade II (Tomatometer 59%). The first Blade was a surprisingly good vampire-superhero mash-up, but I expected the well would run dry after that. I was wrong: this sequel was if anything even better.

Result: EPIC FAIL (Tomatometer 65%). The original 1976 version of this movie by Russian director Andrei Tarkovsky is widely hailed as masterpiece. This 2002 version was interesting in places, but committed the cardinal sin of being boring. It never connected with me. What should have been on my list: The Count of Monte Cristo (Tomatometer 73%). I'm a sucker for a good swashbuckling movie. This was one.

Final tally for my 2002 predictions: six winners, two losers and two movies that were just so-so. (65%)
Posted by Rico Detroit at 6:00 AM