Most anticipated splody movies of 2007: recap 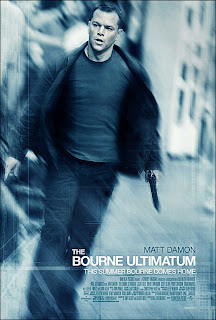 Result: FULL OF WIN (Tomatometer 57%). Yes, the story would have been better, but this is the only film of the franchise that has at least been passable in the script department. And with giant, shape-shifting alien robots battling, what else do you need?

2. Pirates of the Caribbean: At World's End

Result: EPIC FAIL (Tomatometer 45%). The first PotC movie was great, the second was passable and this one was just frustratingly poor. What should have been on my list: 3:10 to Yuma (Tomatometer 88%). This was a pretty enjoyable western with great performances by Russel Crowe and Christian Bale.

Result: MIDDLING (Tomatometer 63%). half of t6his movie matched the first two installments in action and thrills. Unfortunately, the other half was a parody of itself, killing what had been an enjoyable series.

Result: FULL OF WIN (Tomatometer 59%). This got mixed reviews, but if you're an action movie fan, you can ignore the naysayers. It was visually breathtaking and full of enough action and memorable moments to make you overlook the rather thin story.

Result: FULL OF WIN (Tomatometer 94%). All three of Matt Damon's Jason Bourne movies were incredible - the best spy series since Sean Connery's James Bond movies. This final chapter is probably the best of the trilogy.

6. No Country for Old Men

Result: FULL OF WIN (Tomatometer 95%). The Coen Brothers (Joel and Ethan) have made some amazing movies (Fargo) as well as some stinkers (Burn After Reading). Count this at-times-funny, at-times-bloody thriller in the former group.

Result: FULL OF WIN (Tomatometer 91%). The team that gave us Shaun of the Dead - Simon Pegg, Nick Frost and director Edgar Wright - brings us another action/comedy gem, this time about a British cop who gets more than he bargained for when he transfers to a small town.

Result: EPIC FAIL (Tomatometer 37%). To be honest, I didn't have much hope for this one since the original had been so bad, but I thought there was an outside chance it would improve - after all, the Silver Surfer is awesomely cool. But no, it didn't. What should have been on my list: Live Free or Die Hard (Tomatometer 82%). The Die Hard franchise should have been played out by now, but this fourth film was the best since the original, good shoot-'em-up entertainment.

Result: MIDDLING (Tomatometer 69%). I repeat: I love Will Smith. However, his films have gotten too formulaic. Producers need to stop treating him with kid gloves and start taking some chances. This post-zombie-apocalypse movie was kind of cool and could have been a winner, but the ending was spineless, as they did away with the thought-provoking original ending and instead gave it the standard Hollywood treatment. The result was supremely meh. You can see the intended ending on the DVD and it is so much better it hurts. Hollywood has been mulling a sequel for this one; it doesn't deserve it.

Result: EPIC FAIL (Tomatometer 26%). Ghost Rider is a super-powered, demonic skeleton who rides a flaming motorcycle to hunt down bad guys. How can you go wrong with that premise? This is how. What should have been on my list: Grindhouse (Tomatometer 83%). The last team-up I saw from directors Quentin Tarantino and Robert Rodriguez, From Dusk Till Dawn, left me cold. This double feature tribute to b-movie, however, was pure pulp magic: a zombie apocalypse feature from Rodriguez (Planet Terror) and a psychotic carsploitation classic from Tarantino (Death Proof), with a some superbly ridiculous fake movie trailers in between (one of which was later turned into an actual film, Machete).