Most anticipated splody movies of 2006: recap 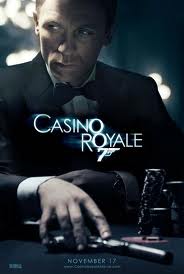 I have already posted my 2011, 2010, 2009, 2008 and 2007 "most anticipated" movie lists. Here is how well I did at predicting the movies to see in 2006. (For reference, critic scores from Rotten Tomatoes are also included for each film.) As usual, my formula for success is equal parts good character development and explosions.

Result: EPIC FAIL (Tomatometer 57%). The loss of original series director Bryan Singer for the last installment of the trilogy was a major blow. All of the action remains, but without the emotional center that kept the two prior films from being ridiculous. This is the biggest let-down in superhero movie history. What should have been on my list: Pan's Labyrinth (Tomatometer 95%). This Spanish-language, surrealistic nightmare fantasy from director Guillermo del Toro was both creepy and beautiful, and I found it fascinating.

Result: MIDDLING (Tomatometer 54%). After a priceless first outing, this franchise has lost its luster. This isn't a terrible movie, and there are some really good parts to it - especially the new Davy Jones character - but overall it's disappointing.

Result: EPIC FAIL (Tomatometer 76%). I have a love-hate relationship with Superman and his movies. Here it was mostly hate. Bryan "I-left-the-superhero-franchise-i-was-good-at-to-make-this-drivel" Singer gives us a boring, depressing version of the superest of all superheroes, and the poor plot and outright stupid subplots don't help. Critics may have liked the moodier, artsier take on the character, but any true Superman fan will hate this as much as the Superman III and IV. What should have been on my list: Children of Men (Tomatometer 93%). This is a film where gray and depressing worked, a story about living in a dystopian future England.

Result: FULL OF WIN (Tomatometer 94%). Daniel Craig's first go as James Bond is grittier than we've ever seen the franchise be before - perhaps as a reaction to the Bourne series - and I liked it. the story was good, the acting was great and the action was spectacular.

Result: FULL OF WIN (Tomatometer 73%). I really didn't know what I was getting with this, just that it looked intriguing. What I got was a fascinating story about strange freedom fighters in a dystopian future England (a popular theme in 2006, apparently) that kept twisting and turning in unexpected and fairly brutal ways.

Result: MIDDLING (Tomatometer 70%). The action was pretty good, but at this point in the Tom Cruise-led spy series, I still hadn't seen anything that I would want to see again.

Result: EPIC FAIL (Tomatometer 47%). Poor Tubbs rolled over in his grave. What should have been on my list: The Prestige  (Tomatometer 76%). As of early 2012, this is my least favorite Christopher Nolan film - but that just shows how good the director is. This tale of competitive magicians is slow in places, but also has some real shockers.

9. Snakes on a Plane

Result: EPIC FAIL (Tomatometer 68%). OK, the marketing got me on this one. Luckily, I didn't pay to see it. It boiled down to a great title and one really good line from Samuel L. Jackson. What should have been on my list: Slither  (Tomatometer 85%). An underappreciated b-movie horror starring cult-favorite Nathan Fillion and something scarier than snakes on a plane.

Result: MIDDLING (Tomatometer 61%). The premise here is great: a man is injected with a poison that will kill him if his heart rate slows down - which leads to non-stop, adrenaline inducing action. The execution doesn't always work, but it's still an entertaining ride and worth watching at least once for the pure ridiculous energy.

Final tally for my 2006 predictions: three winners, four losers and three that were just so-so. (45%)
Posted by Rico Detroit at 6:00 AM