Most anticipated splody movies of 2005: recap 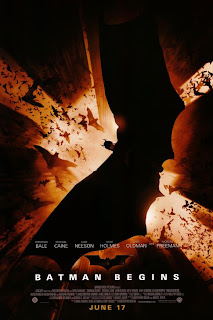 Result: FULL OF WIN (Tomatometer 80%). The best film of the hit-or-miss Star Wars prequel trilogy. I'm still not a fan of the way George Lucas dumbed down the franchise, or the bluntly dark tone he took at the end of this film, but while they're not in the same league as the original trilogy, the prequels are still plenty entertaining, and this one in particular has some really good action.

Result: FULL OF WIN (Tomatometer 85%). Not perfect, mind you, but director Christopher Nolan's take on Batman is still the best to date.

Result: MIDDLING (Tomatometer 84%). This got great reviews, but I didn't think it quite lived up to the hype. It was entertaining, but not as memorable as it should have been. Maybe the 1933 version still works best because this is a story that was written around the visual effects that were possible at that time; adding CGI is overkill. Watch this 2005 version if you get the chance, but more importantly watch the original, which will never be topped.

4. The Chronicles of Narnia: The Lion, the Witch and the Wardrobe

Result: FULL OF WIN (Tomatometer 76%). I actually find this C.S. Lewis story rather ham-handed. (The man was no Tolkien.) But the performances were charming and the digital effects brilliant. the next two films in the series were also good, but never quite reached the heights this one did.

Result: EPIC FAIL (Tomatometer 27%). No, no, no, no, no. This is the superhero team that changed comic books in the 1960s with three-dimensional characters and some of the freshest, most fascinating sci-fi stories ever told. You can't do this to them. What should have been on my list: Serenity (Tomatometer 81%). This is how an ensemble is done. When cult favorite TV show Firefly was cancelled prematurely, creator Joss Whedon made this movie to wrap up the loose ends - and go out in style.

6. War of the Worlds

Result: EPIC FAIL (Tomatometer 74%). Sigh. Alien invasions used to be so much more fun. What should have been on my list: Kung Fu Hustle (Tomatometer 90%). Because sure, why not? Everybody loves kung fu!!!

Result: FULL OF WIN (Tomatometer 78%). Based on a comic book, this series of loosely connected, gritty crime stories is a comic book come to life in breathtaking visual style.

Result: MIDDLING (Tomatometer 58%). Take Angelina Jolie, add a few memorable lines and some rudimentary action, and you have something I'll watch.

Result: EPIC FAIL (Tomatometer 40%). Take Scarlett Johansson, add... Wait, that's it? Never mind. What should have been on my list: Ong-Bak: Muay Thai Warrior (Tomatometer 85%). This martial arts adventure movie from Thailand was every kind of awesome.

Result: FULL OF WIN (Tomatometer 84%). This only made my list because I had a slight man-crush on Robert Downey, Jr. and I'd been waiting for Val Kilmer to make another memorable movie since Tombstone. It was less splody than I thought it would be, but absolutely thrilling and wickedly funny in a twisted kind of way. I now have a big man-crush on Downey and I'm waiting for Kilmer to make another memorable movie since Kiss Kiss, Bang Bang.