Most anticipated splody movies of 2012 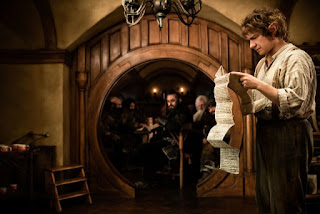 At the beginning of each year, I check to see what movies are coming out and try to informally rank which ones I think will be worth seeing. My formula for success is equal parts good character development and explosions. Here is what I think about the movies scheduled for 2012:

1. The Hobbit: An Unexpected Journey
When: December 14. Why I'm looking forward to it: Because it's a continuation of the amazing Lord of the Rings movie series. And because it's not a prequel just to cash in on the success of LotR - The Hobbit was actually the first book written in the series.

2. The Avengers
When: May 4. Why I'm looking forward to it: Because Marvel Studios has made four separate, worthwhile franchises and is now combining them in a collision of epic proportions. And if anybody can pull it off, it's writer/director Joss Whedon, who proved he can handle ensembles with the long-running Buffy the Vampire Slayer series and cult-favorite Firefly.

3. The Dark Knight Rises
When: July 20. Why I'm looking forward to it: Because director Christopher Nolan's Batman series has been unbelievably good. This final chapter only needs to be half as good as the last one in order to be a classic.

4. Prometheus
When: June 8. Why I'm looking forward to it: Because it's set in the same universe as the Alien movies (but don't call it a prequel!) and marks the return of director Ridley Scott (Alien, Blade Runner) to science fiction.

5. John Carter
When: March 9. Why I'm looking forward to it: Because it's based on a series of pulp novels by Edgar Rice Burroughs (who also created Tarzan), which have influenced just about every sci-fi, action and fantasy movie ever made. Also, it's the first live-action movie from Pixar's great Andrew Stanton (WALL-E, Finding Nemo). Oh, and it's about Martians.

6. The Amazing Spider-Man
When: July 3. Why I'm looking forward to it: Because Spider-Man was my favorite superhero growing up. I thought the previous Spider-Man trilogy was OK, but not Earth-shattering. We're being promised a more faithful adaptation of Spidey's story here. I have some doubts, but I'm hopeful.

7. Men in Black III
When: May 25. Why I'm looking forward to it: Because I love me some Will Smith. The first MiB movie rocked, the second sucked. This one looks interesting from what little I've seen. Hopefully the Indiana Jones rule will be in effect here (odd numbered movies are classics and even numbered ones bite).

8. The Bourne Legacy
When: August 3. Why I'm looking forward to it: Because three previous Bourne movies were exciting - competing with the Sean Connery run of James Bond films as the best spy movie series ever. This one, however, doesn't even feature Jason Bourne. Can it keep up the momentum?

9. G.I. Joe: Retaliation
When: June 29. Why I'm looking forward to it: Because I liked the first one. It was dumb, but fun, and I've never been a big fan, so the liberties it took with the source material didn't bother me. With the addition of Dwayne "The Rock" Johnson and Bruce Willis, this one honestly looks even better.

10. Skyfall
When: November 9. Why I'm looking forward to it: Because James Bond rocks when done right. Daniel Craig's first James Bond film was great. His second was boring. He admitted as much and said this one will more than make up for it. Let's hope he's right.

11. Ghost Rider: Spirit of Vengeance
When: February 17. Why I'm looking forward to it: Because the first GR movie sucked so bad. Honestly, this should be one of the coolest characters to ever hit the screen: a flaming, motor-cycle riding demon-skeleton. I have my doubts, but the early pictures and clips look promising. It won't be a classic, but it could be entertaining.

12. Abraham Lincoln: Vampire Hunter
When: June 22. Why I'm looking forward to it: Because it has a cool title. It's a long shot, but it could be campy fun.
Posted by Rico Detroit at 6:00 AM