Most anticipated splody movies of 2010: recap 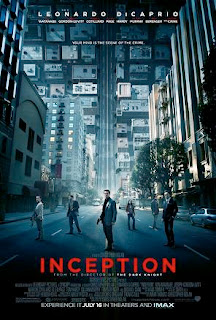 Since I posted my 2011 splody movie recap, a couple of people have asked me about the lists from previous years that I mentioned. As luck would have it, I still have a few of them saved, and so without further ado, here is how I did at predicting which movies would be worth watching in 2010. (As a reminder, my formula for success is equal parts good character development and explosions.)

1. Iron Man 2
Result: FULL OF WIN (Tomatometer 74%). It may not have matched the first installment overall, but it had some great action and - yes - Robert Downey, Jr.

2. Inception
Result: FULL OF WIN (Tomatometer 86%). Christopher Nolan didn't disappoint, creating another mind-blowing suspense that threw all of the rules out the window.

3. Tron: Legacy
Result: MIDDLING (Tomatometer 50%). The plot was overly complicated and plodding, but then so again was the first Tron. And while it may not have broken any new ground like its predecessor did, it was still a visually stunning movie.

4. Clash of the Titans
Result: EPIC FAIL (Tomatometer 28%). I'll take the original version's B-movie acting and Ray Harryhausen classic stop-motion monsters any day over the boring script and sub-par CGI of this mess. What should have been on my list: Scott Pilgrim vs. the World (Tomatometer 81%). This was both the stupidest and most awesomest movie I saw from the 2010 crop.As tired as Clash was, Pilgrim was fresh and innovative, and it featured a truly epic (and utterly ridiculous) quest.

5. Kick-Ass
Result: FULL OF WIN (Tomatometer 76%). this was pitched as a "realistic" superhero movie, which is a bunch of crap - superhero movies are unrealistic by definition. But it definitely broke with some of the standard comic book movie conventions and showed just how bloody and messy being a superhero would be. What pushed it over the top was the father-daughter vigilante team of Big Daddy (played by Nic Cage as a psychotic version of Batman) and eleven-year-old Hit Girl.

6. Megamind
Result: MIDDLING (Tomatometer 72%). Will Ferrell is either hit or miss. Here, he hits as smartypants supervillain Megamind. Unfortunately, the plot is a little slow in places, but overall it's a worthwhile view.

7. How to Train Your Dragon
Result: FULL OF WIN (Tomatometer 98%). The middle of my 2010 movie lineup was full of movies aimed more at my then-seven-year-old boys than at me, but what can I say? It was a good year for animated adventure. This film was full of laughs, thrills and memorable characters.

8. Predators
Result: MIDDLING (Tomatometer 64%). Nothing can beat the original Predator starring Arnold Schwarzenegger, but this did a better job than previous sequels of capturing some of that excitement.

9. Despicable Me
Result: FULL OF WIN (Tomatometer 81%). It was the animated film I was least sure about, but this story of a down-on-his-luck supervillain turned out to be my favorite of the bunch.

10. Salt
Result: MIDDLING (Tomatometer 62%). Salt was billed as the "female Jason Bourne movie." There was some good action, and I like Angelina Jolie, but the story itself didn't live up to the hype.

11. The Expendables
Result: EPIC FAIL (Tomatometer 40%). This film collected a ton of old action stars, but squandered its potential with a clunky story. What should have been on my list: RED (Tomatometer 71%). Short for "Retired, Extremely Dangerous," this sleeper had the action and laughs that The Expendables only hinted at.

12. The A-Team
Result: EPIC FAIL (Tomatometer 46%). I was a fan of the TV show, but I didn't have my hopes up too high for this film, which was as forgettable as most TV-to-movie adaptations. What should have been on my list: Machete (Tomatometer 73%). Based on a fake trailer from the 2007 film Grindhouse, director Robert Rodriguez packed this movie with a lot of over-the-top action. Plus, it stars total badass Danny Trejo.

Final tally for my 2010 predictions: five winners, three losers and four that were just so-so. (58%)
Posted by Rico Detroit at 6:00 AM