Most anticipated splody movies of 2009: recap 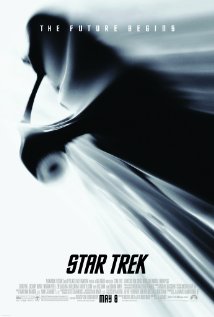 That's right, I'm working my way backwards. After posting my 2011 and 2010 lists, here is how well I did at predicting the movies to see in 2009. (For reference, critic scores from Rotten Tomatoes are also included for each film.) As usual, my formula for success is equal parts good character development and explosions.

Result: MIDDLING (Tomatometer 83%). This movie is a must-see for the wonderful special effects, ad there was an interesting story to be told here, it just wasn't. Instead, we got a cliche-filled, rehashed plot.

Result: MIDDLING (Tomatometer: 64%). Again, this was an absolutely gorgeous film visually, and there was a lot to like in it. While it didn't live up to the graphic novel it was based on, it did fairly well at interpreting the material for the silver screen, and I think it will go down as a cult classic.

Result: FULL OF WIN (Tomatometer: 95%). Director J.J. Abrams found a way to both honor the franchise history and reboot it. Most importantly, though, he made one heck of an exciting movie.

4. Where the Wild Things Are

Result: EPIC FAIL (Tomatometer: 73%). The children's book of this name is a classic. The movie version takes the spirit of the book, but goes in a very different direction. But that's not why I disliked it. I thought the real-world opening scene was brilliant and really captured the essence of childhood angst. Despite some magnificent, otherworldly set designs, though, the fantasy part (the rest of the movie) was so laboriously paced that it completely ruined the experience. What should have been on my list: Moon (Tomatometer 89%). I've made no effort to conceal my man-crush on Sam Rockwell: he's really a terrific actor as he showed again in this highly original, highly claustrophobic thriller about a man alone in a space station on the Moon.

Result: FULL OF WIN (Tomatometer: 70%). Speaking of man-crushes, Robert Downey, Jr. was fantastic as usual in this movie. It may not have been the most faithful adaptation of Arthur Conan Doyle's classic English detective, but the ever-so-slightly-steampunk story was an exciting spin on the character.

Result: EPIC FAIL (Tomatometer: 33%). I actually liked parts of this movie a lot, especially the frenetic opening scene. Overall, it was a mess though, with bad acting, bad editing and an unsatisfying plot that you just couldn't get invested in.  What should have been on my list: Zombieland (Tomatometer 90%). Now there's an entertaining dystopian future! This zombie apocalypse movie had action, laughs, an interesting story and quality acting.

Result: MIDDLING (Tomatometer: 37%). OK, it wasn't great, but it wasn't nearly as bad as the previous film X-Men: The Last Stand. If you are just looking for mindless action, this movie has it in spades - after all, it's about a guy with knives coming out of his hands chopping up everything in sight.

Result: MIDDLING (Tomatometer: 72%). I loved the set-up and the way this movie payed tribute to all of the great B-movie monsters of the past. Only half of the jokes were funny, though, and the action was a little tepid.

9. Transformers: Revenge of the Fallen

Result: EPIC FAIL (Tomatometer: 20%). One of the robots had balls - double-entendre intended. Two others were horribly offensive racial caricatures. Worst of all, though, this movie about giant, shape-shifting robots managed to be boring. I mean, seriously, how does that happen? What should have been on my list: District 9 (Tomatometer 91%). A damaged alien spaceship arrives at Earth, and its grotesque, insectoid inhabitants are quarantined in a ghetto in Johannesburg, South Africa. This movie was both a great examination of prejudice and an exciting science fiction story.

Result: MIDDLING (Tomatometer: 88%). There were some compelling scenes, and the unexpected twists were great. Overall, though, it's a much more disjointed story than we normally get from Quentin Tarantino.

Result: MIDDLING (Tomatometer: 33%). The story wasn't very deep, but there were some good action sequences. It was enough to keep me entertained and interested in a sequel.

Result: EPIC FAIL (Tomatometer: 57%). The 2005 short film of the same name that this was based on was very cool, but the story just didn't work as a full-length feature. What should have been on my list: Up (Tomatometer 98%). Wow, this one surprised me. It did not look very interesting to me at first, but it may be my favorite Pixar film to date. It made me cry, it made me laugh, and it was much splodier than I ever imagined, full of terrific action and wondrous adventure.

Final tally for my 2009 predictions: only two clear winners, compared to four losers and six movies that were just so-so. (42%)
Posted by Rico Detroit at 6:00 AM