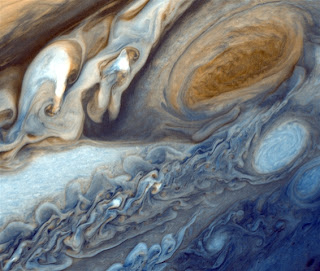 As regular readers know, I'm a bit of a fan (completely obsessed) when it comes to planets. A while back, I was thinking about Earth Day, which we celebrate across the globe every April 22, and it ocurred to me that if we are going to colonize the rest of the Solar System one day, then the other planets are going to need their own special days as well. So I decided to figure out when those should be.

I decided right away that each month should have only one such day. After all, we only have eight planets, so there's no need to bunch them up. And with four months left over, I figured we could also find room on the calendar for days to celebrate asteroids and plutoids as well.

There were a few marklers that helped give shape to where the celebrations fell. Earth Day, of course, is in April. It seemed only right that Mars Day should be in the month named after it: March. Finally, I figured December was a fitting month for Saturn, in honor of the ancient Roman festival of Saturnalia. By keeping the rest of the planets in their relative order, everything else fell into place.

Here is what I came up with:

As first among the planets in terms of size and mass, Jupiter's celebration is in the first month of the year. We celebnrate the "King of Planets" and its satellites annually on January 8 in honor of Galileo Galilei's discovery of Jupiter's four largest moons (the first moons discovered beyond Earth's) January 7-8, 1610. (The planet itself is visible to the naked eye and had been known since antiquity.)

This is the day to celebrate Ceres, Pallas, Vesta, Hygiea, Interamnia and the millions of other asteroids in the Solar System. Asteroids are smaller than planets, so we celebrate them in the shortest month, and the 19th was chosen to commemorate the discovery of the first asteroid (Ceres) on the first day of the 19th Century (January 1, 1801).

Celebrate the "Red Planet" on the day of the week (Latin: "dies Martis") and month of the year (Latin: "Martius") that share the name of this fourth planet from the Sun. (Note that because they use different calendars, the fourth Tuesday of March will not always fall on the same date on Earth as it does on Mars. Until the first Mars colony is up and running, though, we'll use the Earth calendar.)

Every April 22, we celebrate the "Blue Planet" and spread awareness and appreciation for the Earth's natural environment. Earth Day has been celebrated since 1970, when it was founded by U.S. Senator and environmentalist Gaylord Nelson. In 2009, the United Nations designated April 22 International Mother Earth Day.

In many ways, Venus is Earth's twin: the planet nearest our own in terms of size, mass, surface gravity and diastance from the Sun. So it seems only fitting to celebrate the "Cloud Planet" exactly one month later than Earth Day.

Mercury revolves around the Sun exactly two times for every three times it rotates on its axis, and this 2:3 orbit-spin resonance makes the 23rd a fitting day to celebrate the "Swift Planet." June 23 is also close to the summer solstice in Earth's northern hemisphere, a fitting time to celebrate the closest planet to the Sun.

On what is statistically the hottest day of the year in many parts of Earth's northern hemisphere, celebrate the star that provides that heat and makes life possible in the Solar System.

This is the peak of the annual Perseids Meteor Shower on Earth, which is caused by debris left by the Swift-Tuttle Comet. (August 12, 1972 was the most active meteor shower in recorded history.) Because of heir extermely elongated orbits, comets travel both very close to the Sun and to the outer reaches of the Solar System, making this day a perfect bridge between July's Day of the Sun and September's Plutoid Day.

Celebrate Pluto, Eris, Makemake, Haumea and all of the dwarf planets and smaller objects beyond Neptune. Pluto was the first such object discovered (in 1930), and its longtime status as the "Ninth Planet" makes the ninth month of the year a good time to celebrate it and its kin. The discovery of Eris, another plutoid as large as Pluto, caused the astronomical community to rethink how we classify such objects. September 13, 2006 was the day Eris was officially named, ushering in the era of the plutoid.

Neptune, the "Tempest Planet," was discovered in September 1846, and just 17 days later, on October 10, its first moon was spotted. But Triton wasn't like other moons: it was retrograde, orbiting in the opposite direction one would expect. This double disciovery opened a greater window into the history of our Solar System.

All but two of the major planets of the Solar System are visible to the naked eye. Sir William Herschel was the first to discover a new planet, Uranus, in 1781. He then discovered its first two moons six years later. For this reason, we celebrate the "Bull's Eye Planet" and its satellites on Herschel's birthday, November 15.

In ancient Rome, the biggest festival of the year was Saturnalia, a feast on December 17 in honor of the god Saturn. Many aspects of Saturnalia continue today, absorbed into Christmas holiday tradition. Today, we take the opportunity on December 17 to celebrate the "Ringed Planet" and its extensive and unique system of rings and satellites. 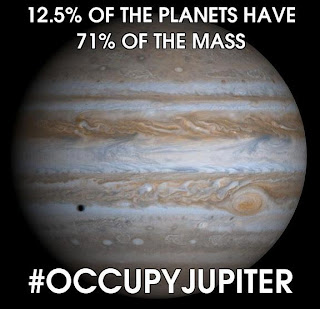