What's the plural of "platypus"? 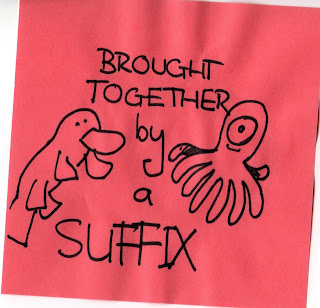 The word "platypus" is constructed from two Greek roots: "platys" means "flat," and "-pus" is related to "-pod" meaning "foot." The plural ending of Greek words ending in both "-pus" and "-pod" is "-podes."

However... "platypus" is NOT a Greek word, it is a modern word that was constructed in a "neo-Latin" fashion to be used n English and other languages. It is only constructed of Greek parts. So, this is where it gets messy.

For Latin words ending in "-us," we would end the plural in "-i." So a lot of people do that for "platypus" and "octopus," despite "platypi" and "octopi" not really making any sense from a historical perspective.

Those in the know about Greek like to end the plural in "-podes" ("platypodes," "octopodes") to make us feel smart - and yes, that includes me - even though it is so obscure that almost no one will understand what we are saying. We might as well be speaking Greek and we should be ashamed of ourselves. (But, whatever. That's probably not the only reason.)

Apparently, at least some people in Australia go the "sheep"/"sheep" route and don't change the word at all in the plural.

But the ACTUAL, proper way to pluralize the word - get this - is the same as for nearly all words in English: add "-es." That's right, the most accepted plural of the word is "platypuses." (Go ahead and check your dictionary and you'll see it's the first option listed.)

That being said, I propose we follow the "goose"/"geese" model and call them "platypeese" just to be different and confuse people - because language is by nature messy, and in this case I think it's still not yet quite messy enough.

Photo courtesy of Thoughts to Avoid Homework To. Thanks to sephycloneno15 for the "playtpeese" recommendation.

Bonus! A handy chart showing how to pluralize octopus! (From Darrwin Eats Cake.) 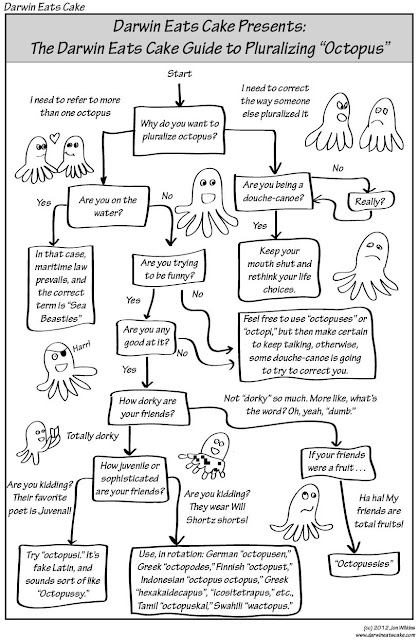