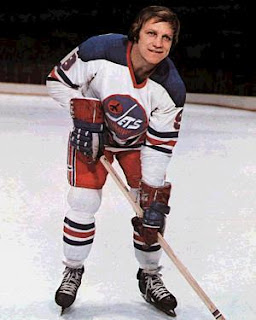 After a thrilling Stanley Cup finals, the NHL must now turn its attention to the next task at hand: figuring out what to do with the new Winnipeg team now that it has relocated from Atlanta. Atlanta is currently in the Southeast Division, and for those of you who don't know (and if not, shame on you!), Winnipeg is definitely not in the southeast. Several ideas have been tossed around about how to realign, but they all suffer the same fatal flaw: under the current six-division structure, at least one Eastern time zone team like Detroit or Columbus will end up playing in the Western Conference.

Actually, it is not just the misplaced Eastern teams that have it rough. The NHL is the most geographically imbalanced major sports league - with the majority of its teams concentrated in the northeast - and because of that, the rest of the league has a pretty awful travel situation. There are only four NHL teams in the Pacific time zone, four in Mountain time, six in Central (it was only five before Atlanta moved to Winnipeg), and the rest in the East.

I have looked at the problem from multiple angles, and I think I've come up with the only sensible solution. The problem is that the NHL is trying to cram 30 teams into the same two-conference structure that other leagues use. But hockey has always been different, and that's part of its charm. So the best solution is to make it even more different, even more provincial, and make the bold move to not two but four conferences.

The new conferences would allow teams to clump together more easily along natural geographic lines that would reduce travel. It would also have the benefit of intensifying rivalries, which has a history of success in hockey. Here is how I would recommend dividing the league:

Each team would play all of their conference rivals five or six times per season, and each of the other teams twice each. (Under the current structure, some non-conference teams are only played once, which means West Coast fans may miss the opportunity to see Sidney Crosby in person, for example.) In the playoffs, the top four teams from each conference would battle in the opening rounds, similar to how the league operated from 1981-1993. The four conference champs would be re-seeded for the semi-finals, helping to ensure that the best teams meet in the finals. (As for the All-Star game, it would return to the North America vs. World format that it flirted with a few years ago.)

If this structure were in place this year, this is how the playoffs might have gone:

Most importantly, fans across the NHL would have seen highly relevant, geographic rivalries in the early rounds on a fairly consistent basis, helping fuel interest in both hockey-crazed and hockey-confused NHL cities alike.

It probably won't save struggling Phoenix or Nashville, but hockey-crazed Quebec City and Hamilton, Ontario beckon for them. In the meantime, this proposed realignment should make the remaining teams stronger and reduce the overall travel burden. Game on! 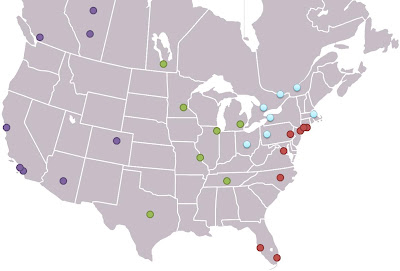