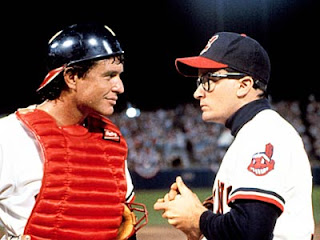 Major League Baseball is considering moving either Arizona or Houston from the National League to the American League. That would give the two leagues 15 teams each and ensure interleague play every day of the season.

I agree the unbalanced divisions are unwieldy, but the proposed solution just trades today's problems for tomorrow's. I have a better idea.

Why not split into five "leagues" of six teams each. That way everything would be balanced. We could take the old (1969-1993) East-West division alignments as a starting point, with just a few tweaks, and slot in the expansion teams since then:

In this scenario, the leagues could each choose whether or not to use the Designated Hitter. (I'm guessing "yes" for the AL and WL, and "no" for the rest.) Interleague play is increased (each league plays two of the other four leagues each year on a rotating basis), but down the stretch everyone plays their own so we can have exciting pennant races. And in the playoffs, we get the five league winners (one less than today's division winners) and three wildcards (one more than today), all seeded together to increase the likelihood that the two best teams reach the finals. Plus, the shake-up would generate buzz and interest in the game, while really not messing much with traditional rivalries.

And as far as the All-Star game goes, how about fan picks vs. manager picks? That would be a great way for us to see all the fan favorites, as well as be introduced to some unheralded heroes on the big stage. 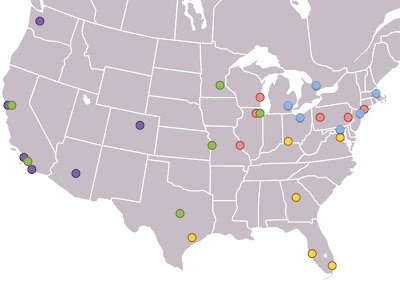