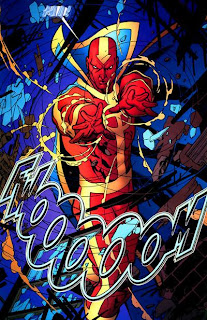 I recently wrote about what the future might hold for Warner Brothers Studios and DC Comics if they could get their act together and start making quality movies with their secondary characters, instead of just relying on Superman and Batman.

As it turns out, they can't. The Green Lantern movie that was just released has been almost universally panned by critics and is underperforming at the box office. With a $200 million production budget and $100 million marketing campaign, Green Lantern represented a big investment and a big gamble for Warner/DC. By all accounts, the special effects were dazzling and the cast was pretty strong - especially Ryan Reynolds (as the human Green Lantern, Hal Jordan) and Mark Strong (as one of the alien Green Lanterns, Sinestro). So what went wrong?

There are a lot of factors that can be blamed. Certainly the script and directing were not up to par. And, let's face it, Green Lantern is one of the more ridiculous superheroes. But it comes down to one thing: the studio did not have faith in the character.

The fact is, the public isn't tired of superhero movies anymore than they're tired of action, science fiction or romantic comedies. They're just tired of bad superhero movies. Just as in every other genre, studios too often try to take the safe path and make a movie with broad appeal. This is a death warrant for any movie, because what ultimately brings people to theaters is originality and compelling storytelling.

That is amplified in a superhero movie. Let's face it: comic books are not nuanced. There is no deep subtext there, just a very simple, very familiar premise. Each character may have its own unique, over-the-top spin on the genre, but they all ultimately live and die on their storytelling.

Marvel Studios gets it: they keep the budget modest but take extra care to have a story that does justice to the character, and match it to a director that can bring that unique vision to life. Thor mat not have been the best movie ever (although my eight-year-old thinks so), but it was a solid, four-star movie that managed to dazzle and delight with a relatively modest budget. It's a movie I want to see again, and I eagerly await the next installment.

Warner Brothers still hasn't figured it out. They lucked out by having a writer-director with vision like Christopher Nolan helm the Batman franchise. But they don't seem to appreciate the chances that Nolan took to make that work. They still don't know what they've got.

And that's sad, because what they've got is an amazing collection of characters and stories stretching back to before World War II. Green Lantern deserved better. Yes, he's ridiculous, but so is Thor. So is Superman, for that matter. But if you were committed to telling a good story, you could take an even more ridiculous character and make an amazing movie.

Heck, I would pay to see a Red Tornado movie if it was done right!

So here's a new strategy for Warner Brothers: 1) Strike a deal with DreamWorks or a similar animation studio. 2) Make sure you leave talented people in charge who are passionate about the source material. 3) Task them to create a series of family-friendly CGI films (a la The Incredibles and the TV show Batman: The Brave and the Bold) staring with The Justice League. (This plays to DC's strengths - their classic stories are more cartoonish than Marvel's - and ensures a built-in, superhero-crazy audience of eight-year-olds and their dads.) 4) Get out of the way. 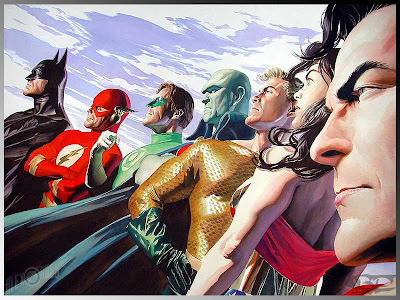