What will Marvel Studios do next? 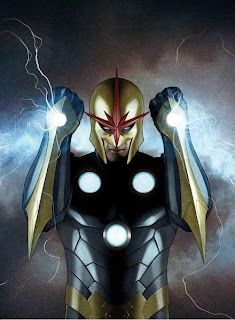 Marvel Studios has been around since 1993, when it was founded to pursue film opportunities for Marvel Comics characters. Prior to this, only a handful of films had been made based on these characters, and they had been dismal, low-budget affairs. While rival comics company DC had seen the Superman and Batman franchises yield blockbusters, Marvel had yet to find the same success. Marvel Studios helped change that, negotiating deals with major studios and exerting greater creative control.

They found success early on, as partnerships with New Line Cinema, 20th Century Fox and Columbia Pictures yielded Blade (1998), X-Men (2000) and Spider-Man (2002), respectively. Each of those three films was considered both an artistic and commercial success, and each would yield an even more successful sequel. While other Marvel properties were not as critically well received (including Daredevil, the Ang Lee-directed Hulk, two Punisher movies, Elektra, two Fantastic Four movies, Ghost Rider, and the abysmal third chapters of the Blade, X-Men and Spider-Man franchises), few were actually box office bombs and the power of Marvel Studios continued to grow.

Finally, in 2008, the company was able to begin producing films independently. This is where I come in. I had watched some of the earlier movies, and had even found some of them enjoyable, especially the first two X-Men movies, which were ridiculous in many ways but had good character development. I was not prepared for Marvel was able to do with full control of its own creations, though. I read some comic books as a kid, and had a vague idea of who all of these super-people were, but I wouldn’t have considered myself a fan-boy. However, that all changed when I saw these films. The independent Marvel movies have become like heroin to me, and I am an unapologetic junkie.

Marvel Studios does three things differently than anyone else doing superhero films:

1) They stayed true to the characters. They changed some of the details, but the essence of who those characters are did not change. They didn’t dumb anything down and they didn’t compromise their ability to tell a larger story over time by throwing the coolest parts of 17 different story lines together in the first movie. They knew their characters inside out and had faith that those characters had deep reservoirs of compelling stories to tell. They gambled that audiences would like them for who they were.

2) They stayed loyal to their fan base. Comic books are action-packed, larger-than-life, pseudo-science, short-attention-span, soap operas. So are Marvel’s movies. They tend to not hold anything back, and are filled with the same sense of wonder, humor and balls-to-the-wall excitement that got our blood pumping as eight-year-olds. Ang Lee tried to make an artistic Hulk movie that was filled with allegories of human nature. Marvel understood that the Hulk needs to smash things. Sure, there’s some romance and intrigue and other fine plot points to consider, but Marvel makes sure that it never gets in the way of what they know we want to see.

3) They created a shared universe where all of their film characters co-existed. Each movie pretty much stands on its own, but by tying together very minor plot points and adding a heaping helping of Easter eggs in the background, they drive the fan-boys wild and set up a world where anything can happen.

Here is a list of all of the independent Marvel Studios movies to date that have either been released or scheduled for release:

Marvel Studios has said they would like to release two films a year. The rights to a lot of their key properties still reside with other studios, which presumably will work hard to keep the rights: Columbia has Spider-Man. Crystal Sky has Ghost Rider, and Fox has X-Men (including Wolverine and Deadpool), the Fantastic Four (including Silver Surfer) and Daredevil. (P.S. – Fox sucks. I’d kill for Marvel to get the rights to Daredevil.) However, there are still plenty of other characters that Marvel could use to create compelling movies within the shared Marvel Cinematic Universe. Assuming they do make two movies per year from 2013 on, here is my best guess of what else we are likely to see for the rest of this decade: 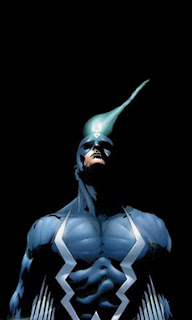 UPDATE: Marvel Studios has announced Thor 2 as ﻿its second film of 2013, much sooner than I had anticipated. Meanwhile, scripts for Ant-Man and Doctor Strange movies have been completed. Here, then, is an updated prediction with an emphasis on wrapping up the three-film Thor and Captain America franchises ASAP. I am assuming Iron Man will be the only franchise to go beyond three films – and maybe without Robrt Downey Jr. beyond the third installment.

Towards the end of the decade, the emphasis shifts more to the cosmic side of Marvel. (And, of course, hopefully to the Fantastic Four if Marvel can re-acquire the rights.) By overlapping certain story elements, Marvel should be able to maintain continuity even as they de-emphasize characters like Thor and Captain America to avoid audience fatigue and allow their current crop of actors to roll. Then, after a suitable amount of time has passed, current characters can be re-introduced (with new actors if necessary) without losing any of that continuity.
Posted by Rico Detroit at 6:00 AM