25 random things about me 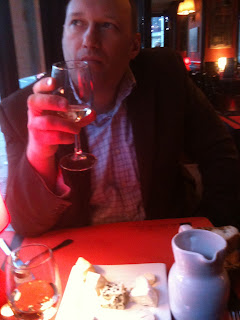 This started as a Facebook meme a while ago. After you write your list of 25 things, you are supposed to tag 25 people, and then they’re supposed to write their own lists, etc. If you haven’t already done this, you probably should, as it was actually one of the best things that ever went around Facebook. (That and Farmville.) Most people’s lists were pretty interesting and entertaining. In the spirit of narcissism in which blogs are intended, here is my (slightly edited for public consumption) list.

Rules: once you’ve been tagged, you are supposed to write a note with 25 random things, facts, habits or goals about you. At the end, choose 25 (or so) people to be tagged. You have to tag the person who tagged you. If I tagged you, it’s because I want to know more about you. (To do this, go to “notes” under tabs on your profile page, paste these instructions in the body of the note, type your 25 random things, tag 25 people - in the right hand corner of the app- then click “publish.”)