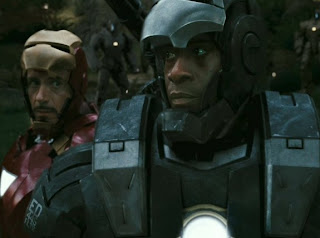 I have said before that I think Iron Man

[May 21, 2010] UPDATE: I just saw the movie for a second time, and it is just as good if not better with repeated viewings. Plus, I think I now have a man-crush on Sam Rockwell.
Posted by Rico Detroit at 6:00 AM