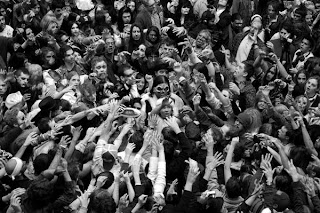 There are others like you still out there, so don't give up hope! Keep dreaming, keep caring and be on the lookout for other survivors. We'll be the ones smiling, using our turn signals, and not trying to eat your brains.
Posted by Rico Detroit at 6:00 AM