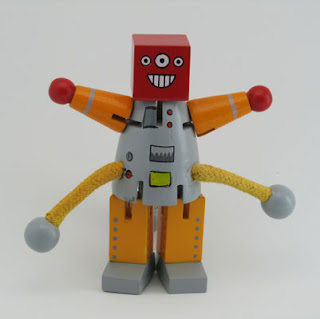 Two days ago, a press release was issued titled: "Cyclone Power Technologies Responds to Rumors About 'Flesh Eating' Military Robot." You can read the full release on their website here.

Although the press release denies that the fully mobile, militarized robots are being designed to feed on human flesh, a close inspection reveals what is written between the lines. Namely, that these terrorbots could be made to feast on human flesh with only a slight program modification. Notice that the press release says: "Desecration of the dead is a war crime under Article 15 of the Geneva Conventions." It does not say anything about desecration of the living!

I'm not sure how I feel about this. On the one hand, I applaud the U.S. military for consistently striving to develop weapons so terrifying that another nation would have to be batshit insane to mess with us. (I'm talking to you, North Korea.) On the other hand, if a hostile nation (pretty much all of them these days) gets its hands on this technology, we're going to have a robot zombie arms race on our hands.

And, of course, we all know that the aliens already have this technology...
Posted by Rico Detroit at 12:30 PM