What lies in the shadow of the Pixies?

I watched a documentary last weekend called loudQUIETloud, which chronicled the 2004 reunion tour of seminal alt-rock band the Pixies.

Let me say first of all that this is not a film I would recommend to people who are not already fans of the band. Although any fan of alternative rock really needs to familiarize themselves with this band, especially 1988's Surfer Rosa and 1989's Doolittle, two phenomenal albums that that set the stage for the alternative revolution of the 1990s. While the Pixies broke up before alt-rock became mainstream and missed out on becoming household names, they are cited as a major influence by nearly all of the big names of that movement. In a 1994 interview with Rolling Stone magazine, Kurt Cobain said of Nirvana's genre defining single "Smells Like Teen Spirit": "I was basically trying to rip off the Pixies."

If you're a die-hard fan already, you may find the film interesting, although I will still stop short of recommending it. What was interesting to me in this film was seeing these mortal people trying to figure out how to live in the aftermath of having ever so briefly been gods. The band had somehow tapped into something bigger than themselves, and between 1987-1989 they could do no wrong musically. After a couple more albums of diminishing returns, they broke up and went their separate ways in 1993, even as their legacy was beginning to become cemented.

Lead singer Charles Thompson (then known as Black Francis, and now as Frank Black) continued on as a modestly successful, B-list solo act. In the Pixies' heyday he was known for his howling, emotional delivery, but now he has grown fatter and older and tamer. I still thoroughly enjoy his music, but it's not groundbreaking or compelling in the way his early Pixies material was. It is interesting to see how he has mellowed and become more introspective, no longer chasing the dream, but just living with its consequences. He has become a career musician but not a star, and he approaches his profession is like any professional would: show up, assemble the song, give the (half-hearted) interview about the glory days, tinker around with the next song.

There is a moment in the film where they show him during some down time, walking through an aquarium with his young stepson. It could have been me and my son in that picture. It was a great reminder that no matter how high we soar, we're all brought back down to Earth. In that moment, I realized that I too had aged and mellowed and grown fatter in the past 15 years, and I allowed myself a moment of depression at the thought. But only a moment, because in that quiet image holding his son's hand, I saw that even back down here on Earth there is still a lot of subtle magic to be found.

The other band members also followed their own trajectories to mortality. Bassist Kim Deal found some success with her next band, The Breeders, then faded from view for a while as she battled to free herself from substance abuse. Seeing her in this documentary is eye opening: she is weathered by the years and the battles, nervous and unsure of how to be a rock star again, and constantly aware of her battle to remain sober. In her free time, Deal writes music for an upcoming Breeders album, and the struggle to find that creative spark seems more like therapy than anything else.

Guitarist Joey Santiago, whose compelling, visceral guitar style defined the band's sound more than anything, struggled by in the intervening years, playing odd gigs and working on a soundtrack for a documentary. His guitar playing has lost none of its edge, and it is through him that the band comes closest to recapturing its former glory. Which makes me wonder: how did he not find success somewhere within the alt-rock movement he helped create? Santiago is the quiet, unassuming member of the band who keeps his head down and works hard, even filling his spare time by working on his soundtrack side project. And he seems most grateful for the reunion tour for allowing him to keep his head above water and provide for his family, who he communicates with frequently on the road via webcam.

After the breakup, drummer David Lovering had reinvented himself with a career as a magician, but still mostly lived off of Pixies royalty checks and welcomed the opportunity to tour again. During the tour, however, his father passed away and afterwards he started to sink into substance abuse, only cleaning up his act after the rest of the band confronted him.

In retrospect, I have to wonder and I could sense in their minds as well: how did that spark even happen back in 1986 when these four otherwise unremarkable human beings united as the Pixies? What combination of talent, inspiration and circumstance had allowed them to capture lightning in a bottle and change the tone of American music? I wonder about this question a lot as I write about music in my other (better) blog, Three Perfect Minutes: so many times an artist will create something utterly transcendent, and the music will live on in a state of eternal perfection, even though the musician may fall into mediocrity and never attain such heights again.

Mostly I see this as I look back through the lens of history. But having followed the Pixies from the beginning, I feel a certain kinship there: their mortality reflects my own. In these Earthly bodies, none of us is ever truly immortal: we all change, we all grow old, we all fade away. And yet, there are moments when each of us gets to glimpse immortality. When we get to touch perfection. When we get to feel on top of the world.

It may be a song, or a presentation in the boardroom, or a moment holding your child's hand. When those moments come, seize them, cherish them, thank God for them.

After watching loudQUIETloud, I dusted off my old Pixies CDs and spent the week listening to them again. And just for a moment I was 19 again. Man, that is good stuff. 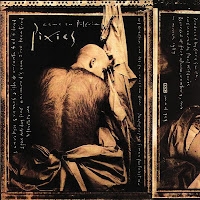 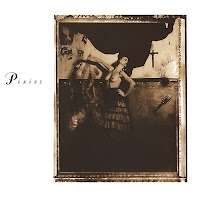 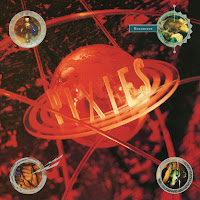