"The hills are alive..." sounds ominous to me 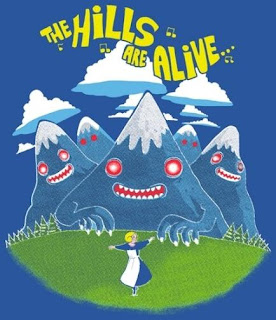 Just finished The Sound Of Music (1965) today: watched the last 10 minutes while folding laundry. I've been watching it off and on in 10 minute chunks since ABC aired it almost three months ago. I think I had seen bits of it before, but I had never seen it all. Here are my observations: